In Star Wars Episode VI: The Return of the Jedi, we see a group of furry individuals who help out the Rebel forces called Ewoks. In August 2011, LEGO released set 7956 called Ewok Attack. Here the set recreates a scene from the Battle of Endor where the Ewoks ambush the Imperial forces. Ewok Attack consists of 166 pieces and goes for $24.99 which puts it at $0.15 per piece. 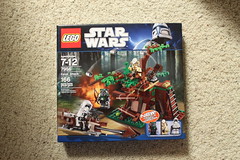 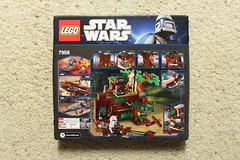 Logray is tan in color and he’s wearing a bird skull headpiece. A spear is included for him instead of the staff as seen in the movie. Tokkat is the black Ewok and has the green hood. His weapon of choice is the bow and arrow. The Scout Trooper is the standard trooper and has a blaster. Also included is the speeder bike the trooper uses. It is similar to the one in the Snowtrooper Battle Pack (8084)

except for the color differences. 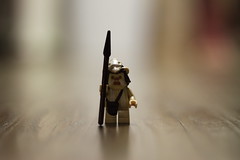 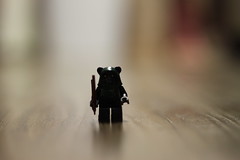 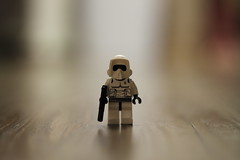 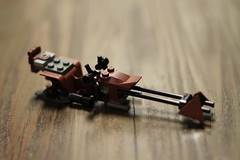 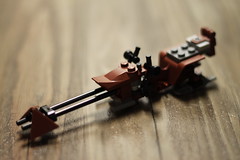 First off, the set is pretty small. The size of it is 13 studs by 10 studs. Although it is small, it is also fairly detailed. The hideout is mostly brown and green. Looking around the set, there are some trees on the left side. On the back side there’s a ladder that goes up to the second level. There are a couple of gimmicks that are included with the set. On the right side, there is a hinge which opens up to hide one of the Ewoks inside. It also reveals a flick fire missile that shoots out from the front. On the top platform, there is a catapult that can launch the three rocks provided. In the top-front area, there is a trap that drops logs on unsuspecting enemies. The final trick of the hideout is the log that extends out from the side to knock down any Scout Troopers in the area. 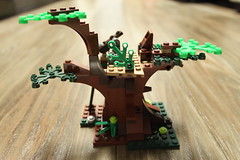 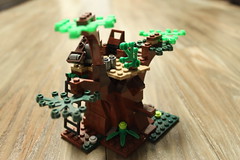 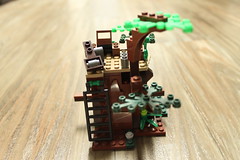 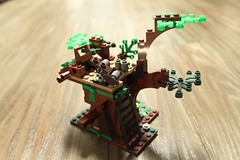 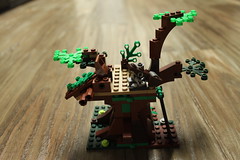 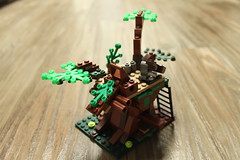 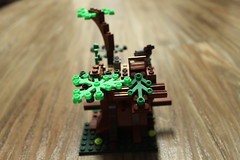 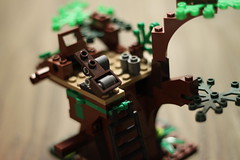 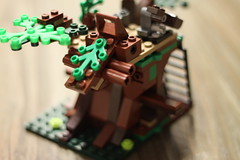 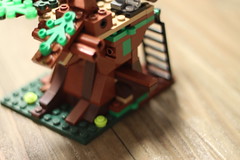 The Ewok Attack set is a decent set with good playability for kids but for the price and the amount of the pieces, I think there are other sets that give more value. The Ewoks are a good addition to your minifig collection if you’re collecting them since they are exclusive to this set. I would suggest waiting to get them while they’re on sale. 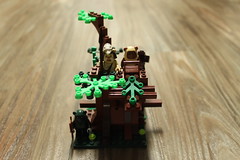 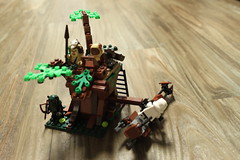 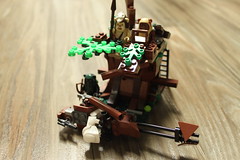 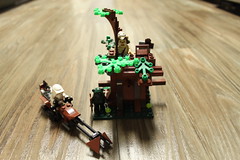