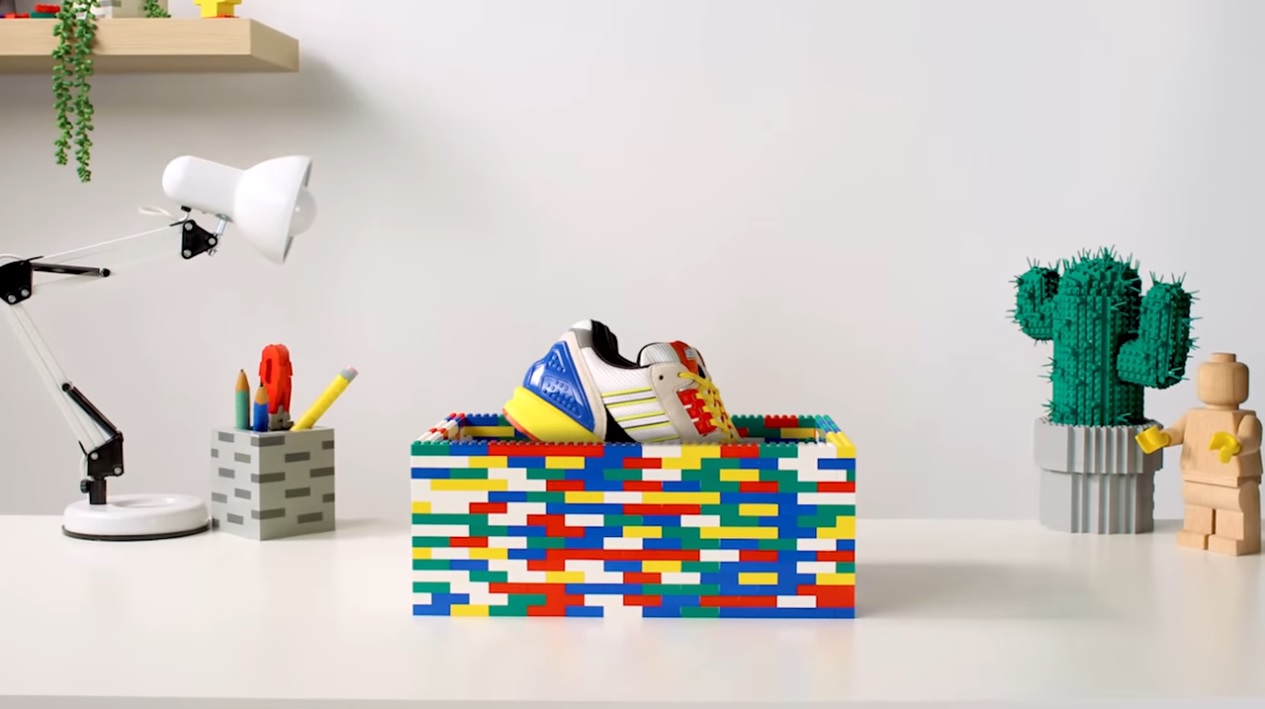 Last week, LEGO did a teaser for their upcoming collaboration with Adidas for the A-ZX series of shoes. HighSnobiety was sent an early pair of the shoes to take a look at and they don’t look that bad.

The packaging comes in LEGO 2×3 brick box but the inner box looks to be a custom box to HighSobiety so you probably won’t get that when you order it. The shoe itself is mostly gray with accents of blue, green, red, and yellow which are LEGO’s basic colors.

There’s no word on a release date but it should be some time later this month at select retailers and at Adidas.com. It was also stated the price point could be between $120-$130 but that was just a guess. Who’s looking forward to picking up a pair?

We unbox the upcoming LEGO x adidas ZX 8000 in a special edition sneaker box made completely out of LEGO pieces.