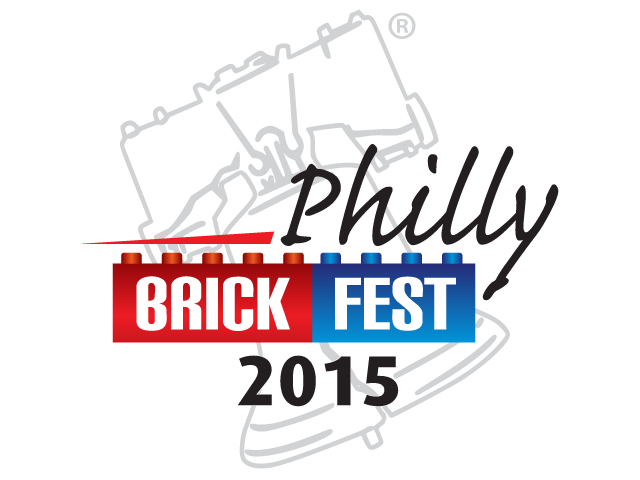 As many of you know may or may not know, Philly Brick Fest was the first LEGO convention I ever attended and it was worth the trip. I hope to attend again this year to cover the event, so stay tuned for updates on my travel plans.

LEGO conventions like Philly Brick Fest give FOLs – Fans of LEGO an opportunity to come together as a community under one roof. Convention activities include playing fun LEGO games, learning new building techniques from other builders, and of course seeing the amazing creations.

Some of my favorite games during the private days from last years event included the Minifigure Identification Game, and Bowling for Bricks which was a relay race where we built a LEGO set and played a game of bowling at the same time. There were also seminars from Alice Finch, Kevin Hinkle from the LEGO CEE Team, and Clutch (Chris Byrne) gave a talk about running one of the largest US-based Bricklink stores, Bricks On The Dollar.

Then came the MOCs and collaborative LUG layouts. PennLUG, SteelCityLUG, ColonialLUG, and DelVaLUG each had their own layouts. PennLUG touted the largest train layout in their club’s history and other layouts included a Moonbase, Explorian Fleet, and more. In addition to the collaborative displays, there were also loads of stand-alone creations. Here is the link to my Flickr stream from last years event.

I spoke to Chad Collins, the show organizer, earlier this week and he told me that “Our 2015 convention will be even better than last year. We love that our event attracts members of the fan community both new & old. Obviously, we took our passion of LEGO to YouTube a couple of year ago and we love that so many members of the LEGO YouTube community have supported us and attend our events.” Chad also added “It’s pretty cool to see so many faces we know from the online community and finally be able to hang out and have fun in person.”

2014 also marked the beginning of Brick Fest Live for Chad and his team. This is their traveling LEGO Expo geared towards the public. According to the PhillyBrickFest.com the difference between Philly Brick Fest and Brick Fest Live is this:

Philly Brick Fest is a LEGO Convention for Fans of LEGO (FOLs). This is a 4-day private event from April 23 – 26, 2015 consisting of games, seminars, building activities, giveaways, and more. Registered attendees also have the ability display their LEGO creations sure to inspire the general public. Registered attendees also have a chance to meet, mingle, and create new friendships with other FOLs.

Brick Fest Live is the portion of the event that is open to the public. For 2015, there will be three public sessions: Saturday April 25th 9:00am to 1:00pm & 3:00pm to 7:00pm and Sunday April 26th from 10:30PM – 4:30PM. During the public sessions, attendees will have a chance to see the amazing FOL creations in addition to the hands-on attractions facilitated by Brick Fest Live.”

If you are an AFOL or TFOL and you are looking for a great LEGO convention to attend, your should definitely check out Philly Brick Fest 2015. Registration just opened. Earlybird 4-day registration is $40 and it increases to $60 on December 1st. Here is the link to register.

Any questions about the event can be sent to: [email protected]

I’m tentatively planning on going again next year so I hope to see some more of you there.