LEGO Comic Artist Paul Lee has posted a few images of the exclusive DC Comics Super Heroes comic book that you can get from LEGO at San Diego Comic Con 2014. Paul is scheduled to be doing a signing at the LEGO Booth (#2829) on Saturday, July 26th at 5pm so you can get your copy signed by him as well along with writer Rachel Lareau.

As you can see, there are a number of DC Comics characters that aren’t official minifigures yet. As we reported before, there will again be four exclusive minifigures that will be given away this year. Three of them have already been revealed: The Collector, Unikitty, and Bard the Bowman. The last minifigure hasn’t been revealed at of this writing but it was mentioned that it will be a character from DC Comics. Could this minifigure be one of the characters shown above? We shall see in the next few days.

Note: Paul states, “I have had no advanced knowledge of the minfig exclusives for Comic-con. The depictions of characters and choices of characters were entirely based on personal preference and aesthetics.” Although the exclusive will be a DC character, it doesn’t mean that it will be based on Paul’s drawings. 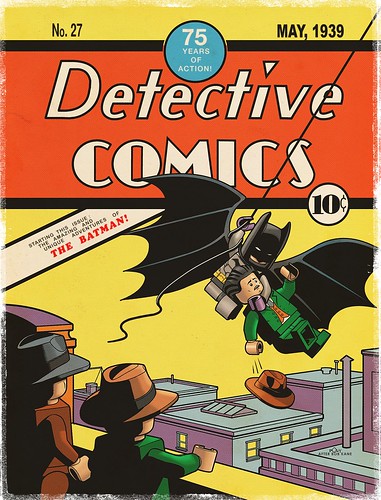