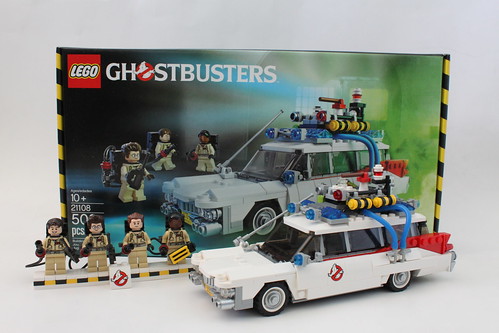 The past month, we’ve been running a contest to give away the LEGO Ideas Ghostbusters Ecto-1 (21108)

. The contest is finally over and we had a whopping total of 10355 entries. We used the randomizer to choose the winner on the Gleam app and the winner is:

I’ve already messaged William with the email provided and he has until the end of the day Monday, August 11 to contact me with the shipping details or I’ll have to choose another winner.

Finally, thank you to everyone who entered the contest and don’t worry if you didn’t win. We’ll still have a lot more contests going in the future so there’s still more chances to win. Make sure you “like” our Facebook Page and/or subscribed to our feed to know when our next contest will be running. I really do appreciate everyone who reads the site.

Update: William has replied to the email and has claimed the prize.

I guess this is what many of you have been waiting for. Since we hit 3,000 likes on our Facebook Page, we are doing a giveaway for a brand new, unopened LEGO Ideas Ghostbusters Ecto-1 (21108) sponsored by me. I would like to thank all the supporters of The Brick Fan by giving something back to fans of the site. It means a lot to me that many of you readers appreciate the information I put out. The contest will run for a month and I’ll be randomly choosing a winner shortly after. For this contest, we’ll be trying out Gleam to run the competition since I’ve heard pretty good things about it.

The Ghostbusters Ecto-1 (21108) is the latest LEGO Ideas set that was released and it is an awesome representation of the Ecto-1 from the movies. Now here’s your chance to win this really cool set! It’s completely free to enter and this time, anyone worldwide is eligible to enter. The giveaway contest will run for a month and will end at midnight, August 9th. There are a number of different ways you can enter and there’s even free daily entries so you can come back each day and get another entry. After the contest ends, I’ll announce the winner on our Facebook Page, so make sure you click “Get Notifications” to get all of our updates. You’ll have 24 hours to respond to my message on Facebook and there, I’ll get your shipping details.

Good luck to everyone who enters and … Continue 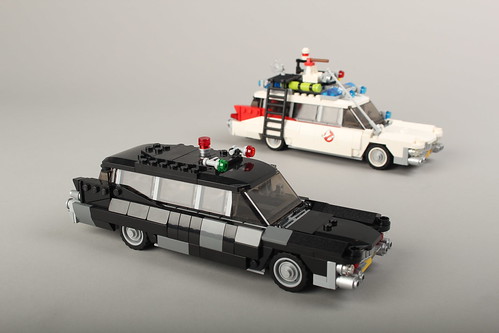 I don’t usually feature many MOCs on here but this one is worth noting. While developing the LEGO Ideas Ghostbusters Ecto-1 (21108)

, LEGO designer Marcos Bessa also created the original 1959 Cadillac Miller-Meteor in which the Ecto-1 is based on by making a few minor changes. If you have the Ecto-1 set, you can easily modify yours to make it a normal looking car by swapping out the colors to your specifications and removing the greebles on top of the car. Check out the other angles of the car below or on Marcos’ album here. 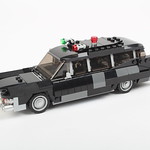 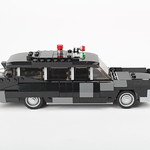 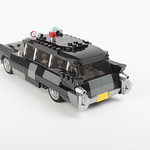 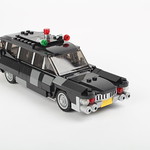 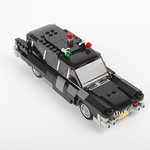 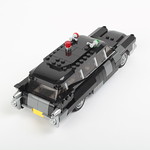 When the Ghostbusters 30th Anniversary project by Brent Waller was announced that it will be the next official LEGO Ideas (formerly CUUSOO) set, my mouth literally dropped. Although the firehouse headquarters wouldn’t be included, it was still cool knowing that we would still get the Ecto-1 (21108). The set is now available at LEGO Brand Stores as well as on [email protected]

and it retails for $49.99 with 508 pieces. The set is the first product released under the “LEGO Ideas” name. The box contains six unnumbered bags and one thick instruction booklet. 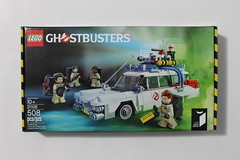 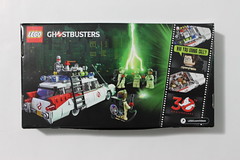 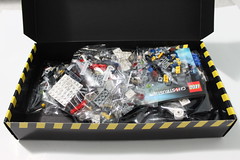 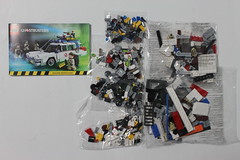 The front of the box shows the four Ghostbusters minifigures and the Ecto-1 in front of a very cool blue and green smoke effect that is similar to what Brent had in his proposed project. On the bottom right corner, it shows the LEGO Ideas logo and shows that the Ecto-1 is #006 in the product line, continuing from the CUUSOO products. The box lining has some black and yellow stripes much like the top of the ghost trap.

The back of the box shows a very cool action image of Ray, Peter, and Winston crossing the streams from their proton guns while Egon looks on from the side. On the right side, there are a couple of more images inside a film strip of the Ecto-1 showing the removable top of the car and one frame showing the 30th Anniversary of the first Ghostbusters movie. In another frame, it shows Egon saying the famous catchphrase, “Who you gonna call?” and you’ll … Continue

was now available to purchase on [email protected] Now that June has arrived, some other sets are also available starting today. First are the three long-awaited The LEGO Movie sets: Emmet’s Construct-o-Mech (70814)

If those weren’t enough, the LEGO Marvel Super Heroes Guardians of the Galaxy sets are also available today including the Starblaster Showdown (76019)

The LEGO Friends theme also has some new stuff that just came out. The Jungle Accessory Set (850967)

to build and display your sets on. The final item for the Friends theme is a Dolphin Bag Charm Key Chain (851324)

If you think that it, you’re wrong! The LEGO Minecraft Micro World The End (21107)

is also available as well. The latest set to be released in the theme will also be the final Micro World set for the meantime while the minifigure scale sets will be released next.

If you decide to purchase a few of the sets mentioned above, you can … Continue

The wait is now over! The new LEGO Ideas Ghostbusters Ecto-1 (21108) is now available for purchase on [email protected]

. The set will also be available at LEGO Brand Stores in the morning too and I expect them to sell out pretty quickly. The Ecto-1 retails for $49.99 and has 508 pieces and also includes all four members of the Ghostbusters. Also remember that it is a brand new month so a new promotion is now available as well. For purchases of $75 or more, you will get a FREE Balloon Cart Polybag (40108).

Will the LEGO Ecto-1 Have the Curiosity Mars Rover Effect? 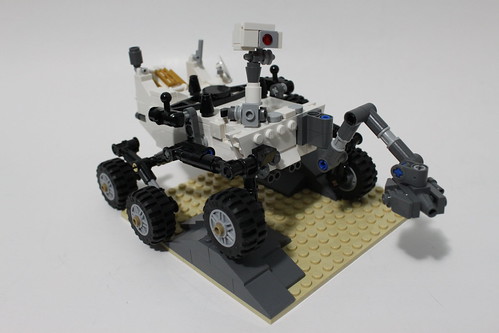 , you are most likely out of luck. The set has been completely sold out for a few months now and will not be sold again. There were times when the set would be up for purchase again but they would be quickly sold out in a few hours. It looks like the secondary market will be your best chance to get it such as eBay

This brings me to the latest LEGO Ideas product that will be hitting the shelves in a few days, the LEGO Ghostbusters Ecto-1 (21108)

. Seeing that Ghostbusters is a more well known entity than the Mars Curiosity Rover, it will probably sell out and go temporarily out of stock when it becomes available on June 1st. LEGO Brand Stores will also be selling them on that day, at least mine will, so you may be able to snag one there as well. Normal LEGO sets usually have about a two year shelf life but some sets are very exclusive with a limited production run such as the Rover and 4×4 Crawler Exclusive Edition (41999)

. To fans of both LEGO and Ghostbusters, many people will probably purchase multiple sets, one to build and one to save. Others such as investors and resellers will most likely get multiples as well for their means. Does the limited availability of various sets, like the Curiosity Rover, … Continue