. These sets were first revealed along with a new trailer featuring Christopher Lloyd reprising his role as Doc Brown. He also has a minifigure coming out with the Back to the Future Doc Brown Fun Pack

. This wave of LEGO Dimensions expansion packs will be available beginning on January 19, 2016 and will run through May 2016 for some. Below are the rest of the wave. 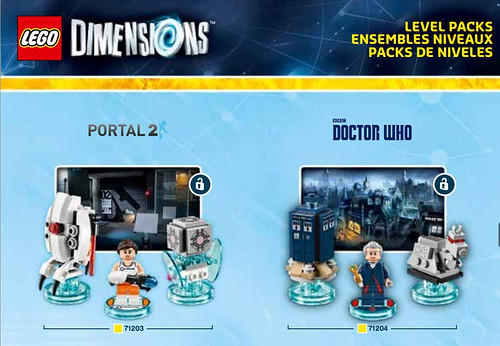 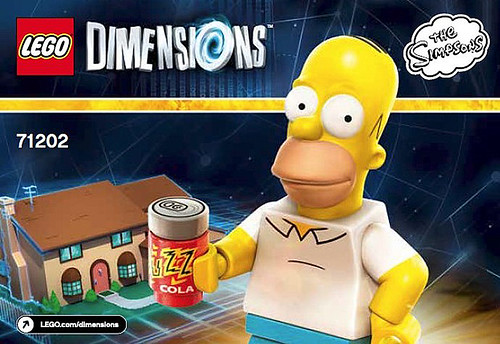 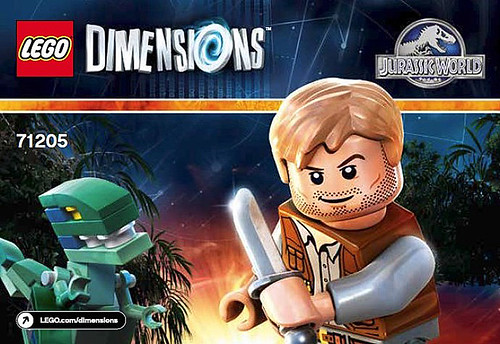 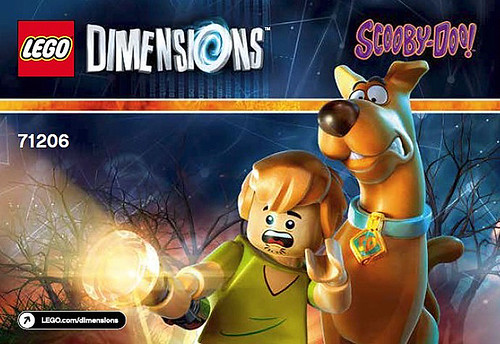 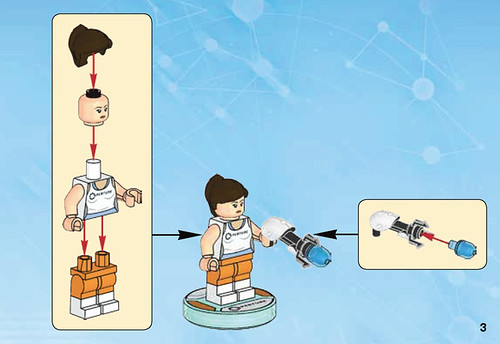 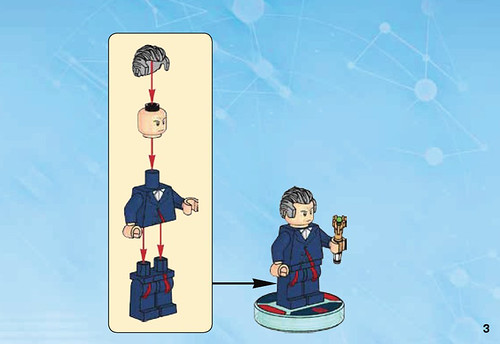 There’s some new LEGO Dimensions news coming out of Brick Inquirer in regards to some unannounced Fun, Team, and Level expansion packs. The new information comes directly from Walmart’s product listings of the LEGO Dimensions packs and they kind of confirm some of the minifigures we saw on the top of the blurry box image.

For the Fun Packs, Walmart has listed Laval, Eris, and Cragger, all of whom we could already make out in the image.

For the Team Packs, Jurassic World and Scooby-Doo were listed. We can already make out from the image that Scooby and Shaggy are shown but I’m not sure which minifigure is for Jurassic World though.

Finally for the Level Packs, we have the Simpsons because we can clearly make out the Homer and Bart minifigures. The second Level Pack revealed is a real shocker to many but not to Just2Good who was one of the first to draw a conclusion based on the blurry image, Portal. Yes, the video game Portal. If you remember, the Thinking With Portals! project on LEGO CUUSOO hit 10,000 supporters but eventually did not pass the review stage. It seems that LEGO has been gathering up licenses that didn’t pass CUUSOO/Ideas and implementing them into LEGO Dimensions. The first was The Wizard of Oz and now potentially Portal. Keep in mind price in the screenshot below is a placeholder.

Unfortunately, it is still too early to see the images of the expansion packs but this pretty much confirms that we’ll be getting more … Continue

can be removed or not, there’s some good news. LEGO has pretty much confirmed that the minifigs can be removed from their RFID bases which has been a concern for many who have been waiting for a definite answer on this issue before they are sold on the new interactive video game. You can now rest assure that the minifigures can be added to your LEGO collection without harming any of the components. . We already know a lot of them during the reveals last week but there are still some that are a mystery. The image shows the top of the box but rotated using Photoshop so it’s still blurry.

For some of the future characters, I already noted them in my speculation post but there are a few that raises more questions than giving answers. One of the characters is listed as #3. Many people on the forums have been guessing that it is Chell from Portal video game series. Way back in 2012, the Thinking With Portals! project on LEGO CUUSOO reached the review stage but ultimately failed at becoming an official set. In 2013, the Wizard of Oz set also reached the review stage and didn’t pass either but the theme will officially be used in LEGO Dimensions later this year. If that third character on the box is actually Chell, that means that LEGO has obtained a licence to create a minifigure of her as well. Plus it makes sense since a Portal would completely fit in with the LEGO Dimensions.

Now that we’ve seen the top of the box at a different angle, who are your guesses for the characters listed? Click on the image above to see a larger version. Guessing is fun but we … Continue

Now that we’ve had time to soak in the announcement of the new LEGO Dimensions with the Starter Packs and the Expansion Packs and seen the LEGO themes that have been revealed so far, let’s take a look at what other themes we could be seeing in the future being included in the video game. We can see from the image above that the top of the box shows lots of minifigures from the Fun, Team, and Level Packs that have already been revealed and even some that haven’t been announced yet. This is purely a speculation post and feel free to comment below on what themes you would like to see to be included in future LEGO Dimensions expansion packs.

Back to the Future

which includes Marty McFly, the DeLorean Time Machine, and the Hoverboard. Whether or not we’ll be seeing other characters in the future remains to be seen.

Since LEGO Dimensions is about the minifigures, I’m not so sure that LEGO BIONICLE will fit the concept. They did have some figures during the original run but they weren’t your typical minifigures. The thing that BIONCLE has going for them is that it’s LEGO own IP.

Although LEGO City is one of the more popular themes, I don’t see it being a good fit.

and other characters already revealed in Fun … Continue