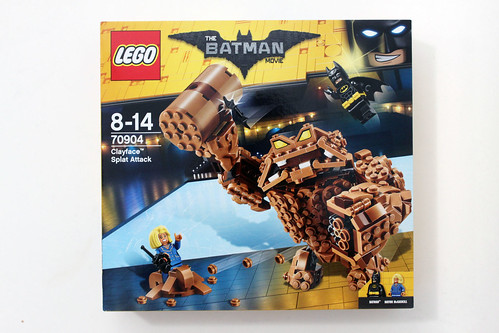 Another one of the new The LEGO Batman Movie sets that will be available in January that we’ve gotten out hands on early is the Clayface Splat Attack (70904). The set itself has 448 pieces and will retail for $34.99 which is a pretty decent price per piece ratio. The contents of the box include four numbered bags and the instructions. Will the set be another good set for The LEGO Batman Movie or just another mediocre one? Let’s check it out! 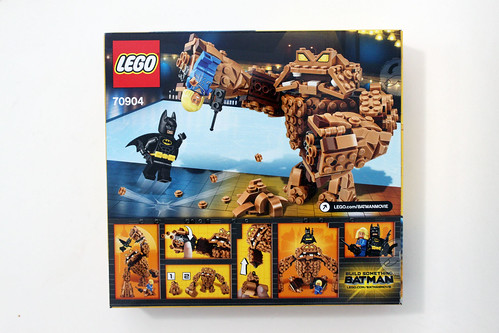 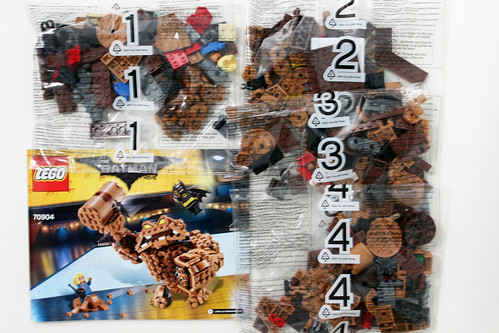 There are two minifigures in this set, Batman and Mayor McCaskill.

I’ve reviewed a few Batman minifigures from this wave already so I won’t go over him in that much detail. He has the same blacks outfit as the other ones. The facial expressions on this version include a smirk on one side and a horrified look on the other. Again, his accessory include a Batarang. 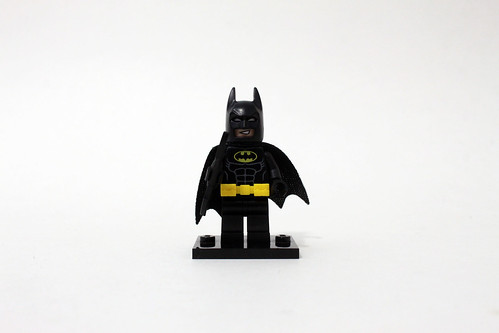 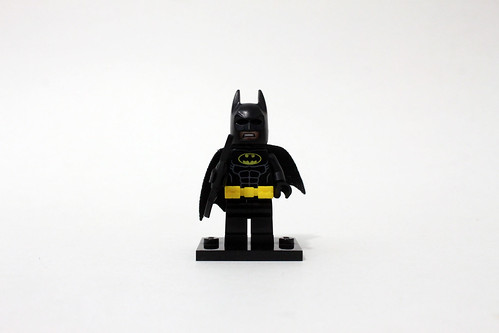 Mayor McCaskill will be voiced by Mariah Carey in the movie and the minifigure is exclusive to this set. She wears a blue jacket, similar to what a politician would wear. This torso can be very useful for generic uses. Her skin tone is of a nougat color and there’s some detail of a beauty mark next to the lips. She has a double-sided head with a happy expression on one side and a scared one on the other. I believe the blonde hairpiece is new with the neck length bob hairstyle. Her accessory is a walkie-talkie. 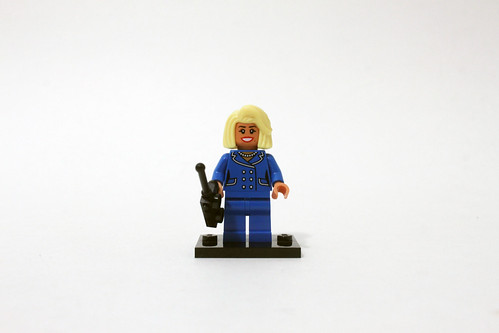 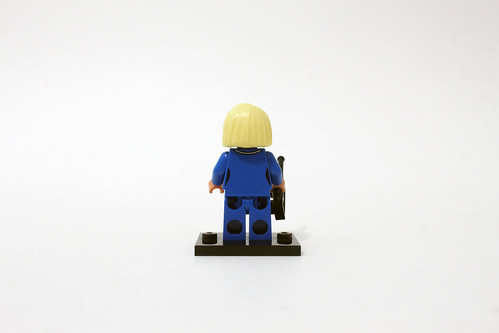 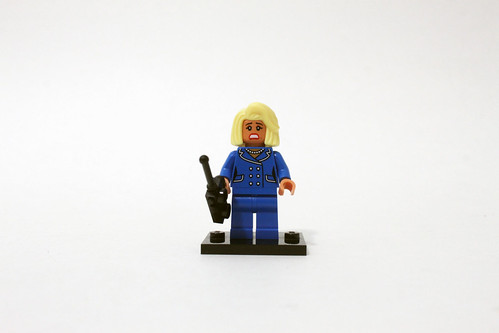 The first part of the build from the first bag is a lump of clay to capture a character and it looks like in this set, the Mayor is the victim. 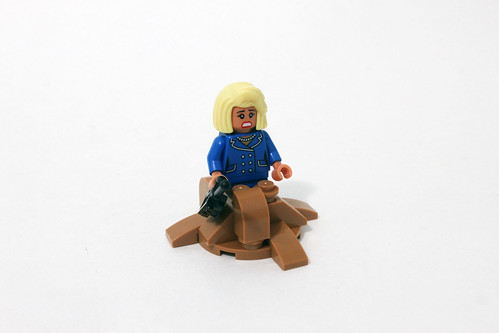 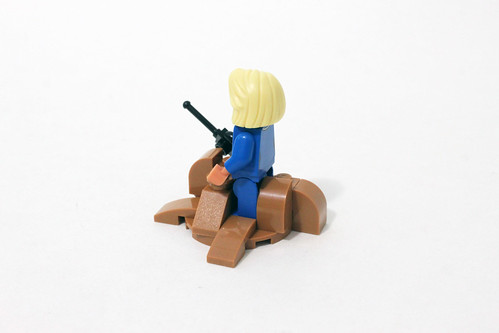 For Clayface’s frame, he uses some Brick 2X2 Ø4.85 Female for the shoulders while the hips use just a 2×2 with ball joints. There are some clay detailing on the sides using medium nougat 1×1 and 2×2 round plates. The feet is connected to the joint and uses some 4×4 roof rock pieces to give it more detailing. 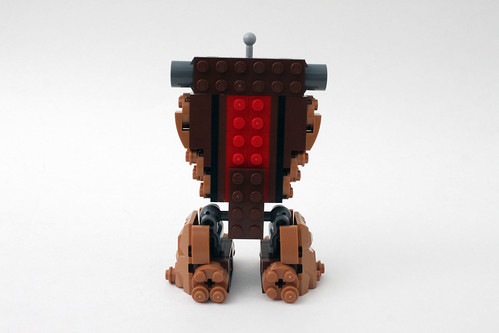 Next up, the outer clay body is built using a lot of the 1×1 and 2×2 round tiles that are on hinges so it gives it an angular look. This building design is used for both the front and back of the body. 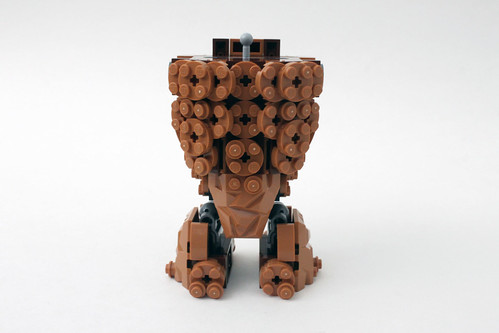 The head is built next and at first, you might be confused on what you’re building until you’re 3/4 of the way in. There are some hinges that are used for the mouth with some 1×1 white tiles for the teeth. The eyes are on 1×2 slope pieces which are printed which is a nice surprise. The whole head is on a ball joint but it has limited motion due to the size of it. 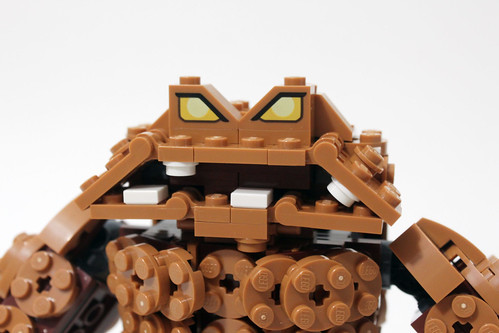 For the arms, they’re built fairly similar to the legs using a variety of parts like the 1×1 and 2×2 round plates along with some 1×2 slopes. 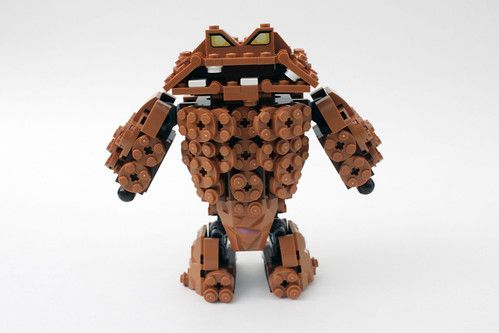 The last bag are used to create the three forearms. Two of the forearms have six round stud-shooters underneath while the other one is a hammer which Clayface is known for using. 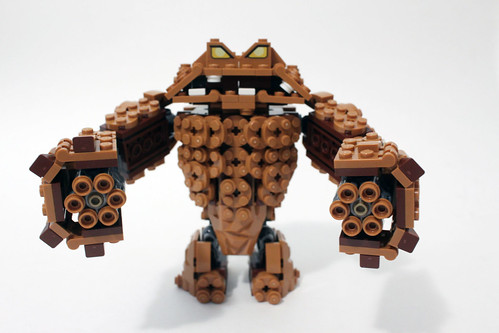 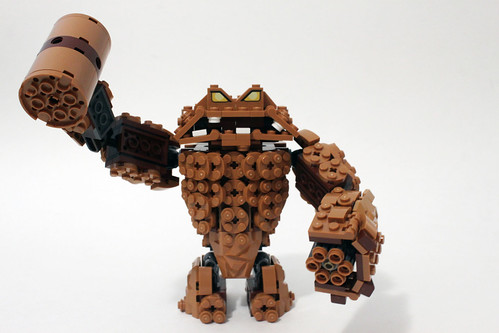 When you look at it, the whole build of Clayface closely resembles the one from the Batman: The Animated Series. The overuse of the 2×2 round plates is actually justified as they do give Clayface some definition all around the body. His size to minifigure ratio is spot-on and the large appearance gives him a menacing look. 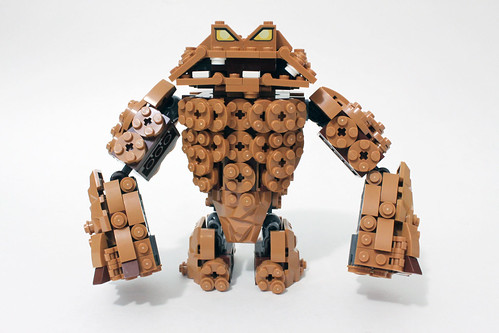 The playability of Clayface is there as the arms and legs won’t fall off easily when handled. The ability to change the stud-shooter and hammer forearms allows for play although I wish there was another type of weapon instead of two stud-shooters. Maybe perhaps a spiked ball or an axe would suffice. Some regular hands would be nice as well, like the ones seen in the trailers. 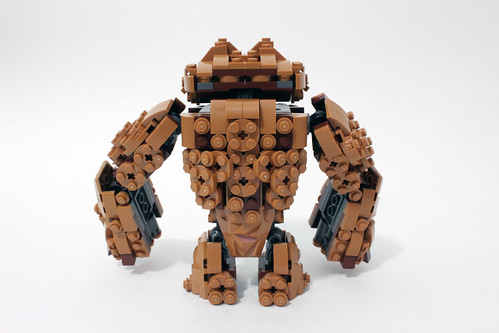 When I heard there was going to be a Clayface set for The LEGO Batman Movie, I was a little skeptical because usually brick-built characters are sometimes subpar but the Clayface Splat Attack (70904) is actually a good set. This is the first time that we’ve gotten the character in the DC Universe and while many may prefer a Clayface minifigure or bigfig, this brick-built one is not too shabby. 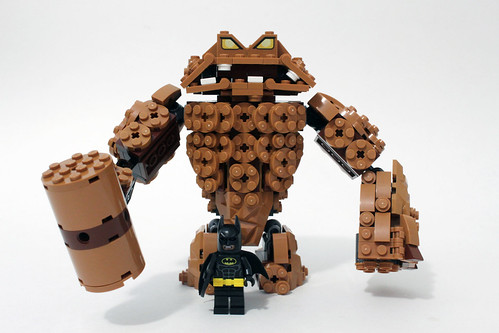 For those who are into parting out sets, there are a ton of new parts like the 1×1 and 2×2 round plates. There are 81 and 67 of them, respectively. There are also 41 of the 1×2 slopes. I’m pretty sure that people will appreciate these parts in medium nougat. 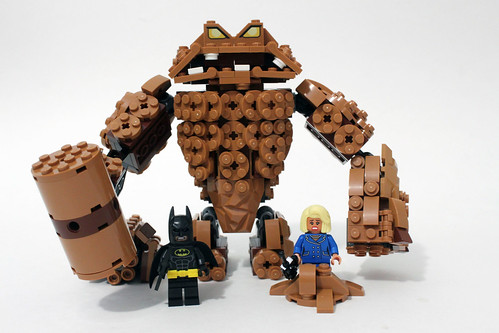