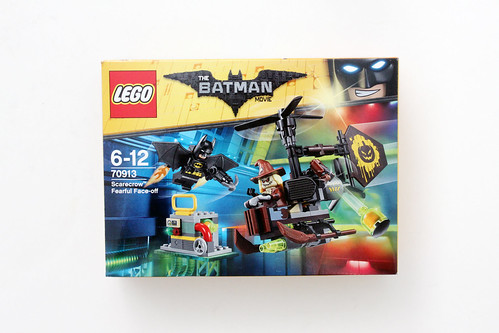 Continuing with my reviews of the summer 2017 wave of The LEGO Batman Movie sets, the next set I’ll be reviewing is the smallest set in the wave, Scarecrow Fearful Face-off (70913). It consists of 141 pieces and retails for $14.99. 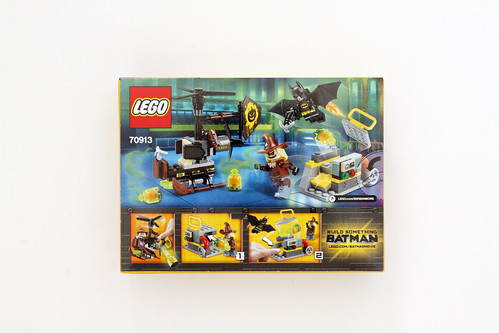 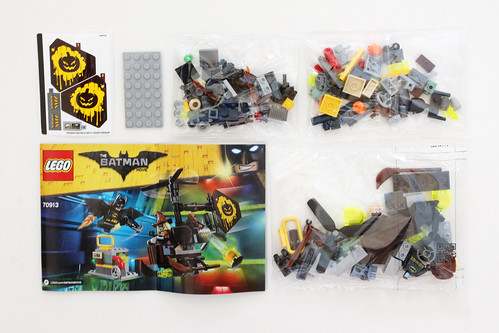 There are two minifigures in this set, Batman and the Scarecrow. Unsurprisingly, Batman makes another appearance in a TLBM set. This version of him uses the older torso which has printing of the yellow utility belt. This also means that we don’t get the new molded belt that the newer Batman minifigures have. 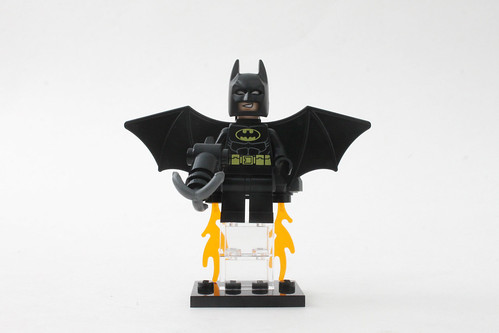 One other change for this minifigure is that it does not have the usual soft cape but instead opts for a jetpack which is a simple wing mold with some thrusters on the sides with flames coming out of them.

He has a double-sided head with a confident smile on one side and an angry look on the other. His accessory is a grappling hook. 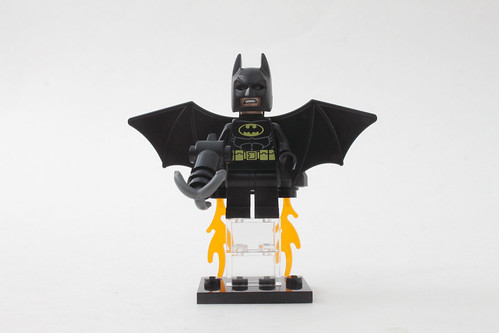 The Scarecrow is a new variant and is different from the pizza delivery one from the Scarecrow Special Delivery (70910). For this one, he has the more traditional brown outfit with patches on the front and back of the torso. The legs have printing of the bottom of the shirt and blue pants, also with some patches. The head is double-sided with an evil smile on one side and an open mouth expression on the other. The hat is connected to the yellow straw hairs. 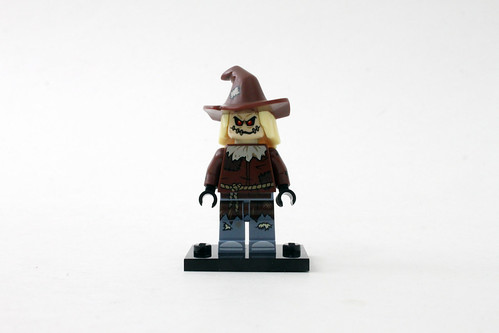 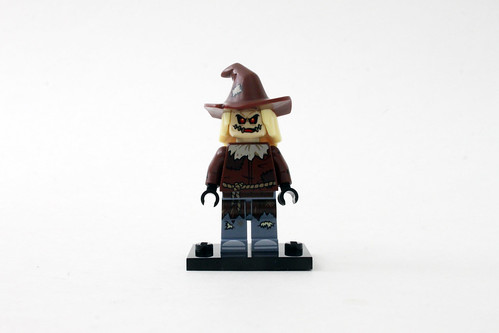 Scarecrow’s Gyro-Copter is the main part of the build and is indicative of what you would expect him to ride. It’s a one-seater that uses some of the radiator grill pieces near the headrest. Right behind it are a couple of Scarecrow’s fear gas bombs that are attached to some stud shooters. The bombs use some trans-green glass cases with some blank orange minifigure heads inside. 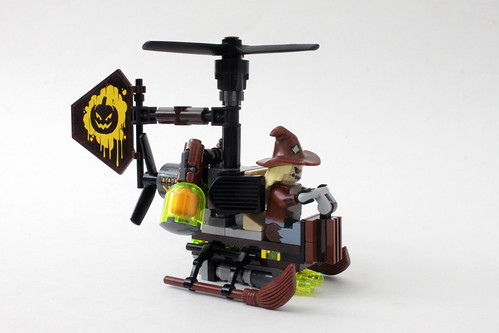 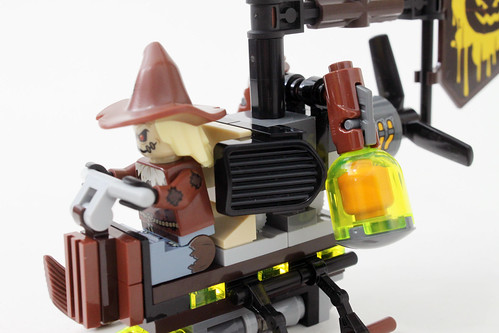 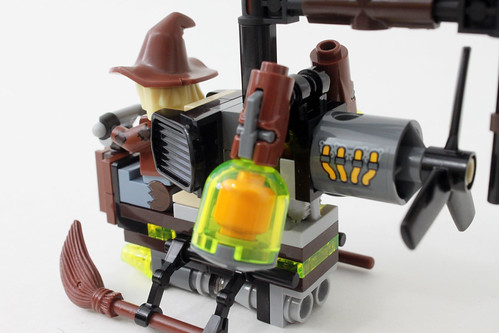 The Gyro-Copter is powered by a large propellor in the middle with another smaller propellor behind the gas bomb launchers that is connected to an engine which has some stickers to give it some detailing. 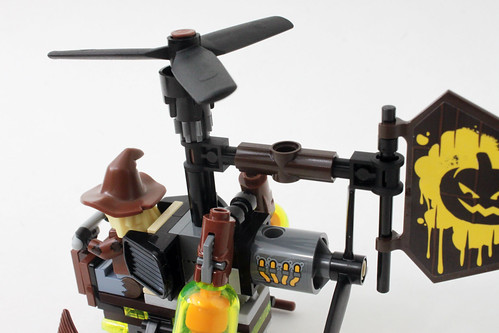 At the rear, we have an adjustable rudder which has some large stickers of the Scarecrow’s pumpkin symbol. The brown rudder piece is a fairly rare one has it has only appeared in two other sets. 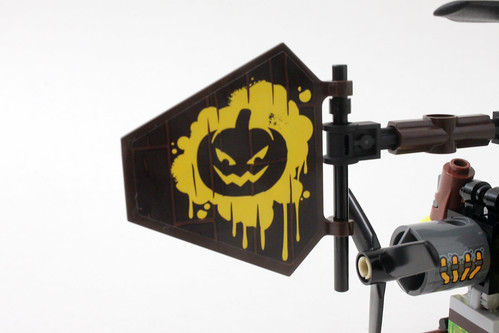 Underneath the copter are some more detailing using some trans-green cone pieces. The landing skids are made from broomsticks which, again, is expressive to what Scarecrow would use. 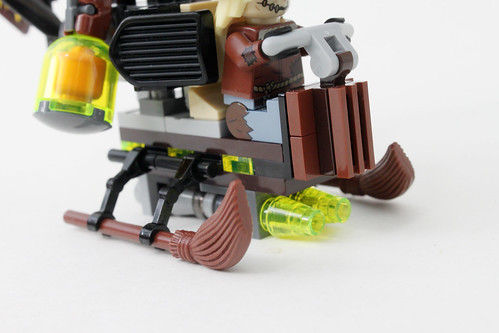 The other part of the build is another section of the Gotham Energy Facility power plant. One difference that this part does not have is there is nothing to connect to the previous sections of the plant. 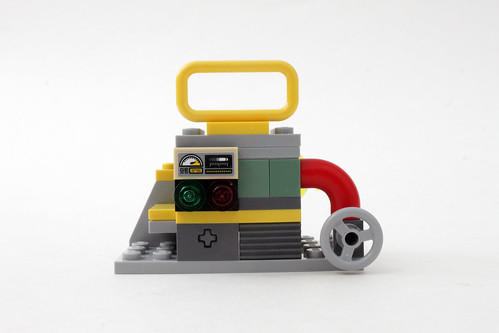 There’s nothing much to see here but on side of the wall is a sticker showing some gauges. On the other end is a red macaroni piece connected to a valve. 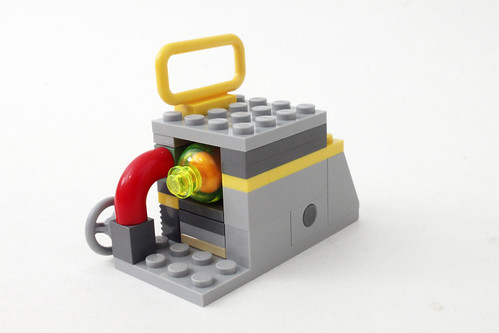 The main play feature here is there is the exploding platform function. There’s a hidden fear gas bomb planted beneath the platform and it can explode by pressing down on the yellow tile on the other end. 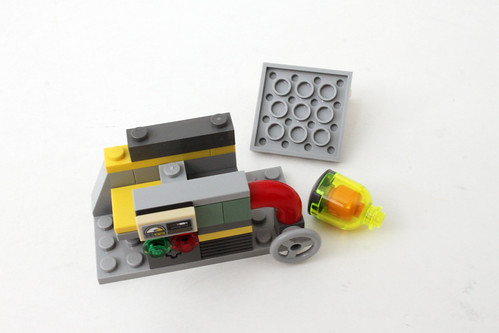 The LEGO Batman Movie Scarecrow Fearful Face-off (70913) is a decent set that has some very nice play features. The Gyro-Copter has the swooshability paired with the bomb dropping feature that makes it a great build. 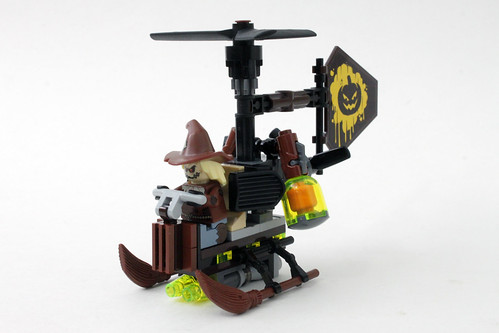 The power plant section, however, is subpar as I felt there could be more to it. You do get a play feature so that’s something. I wish there was a connector point to attach it to the other parts of the power plant.

The minifigures are good as well. Batman is the same one that we’ve gotten before but we do get the jetpack with this one so that’s another variant. Scarecrow has a great look and is probably the best version of the character to date. 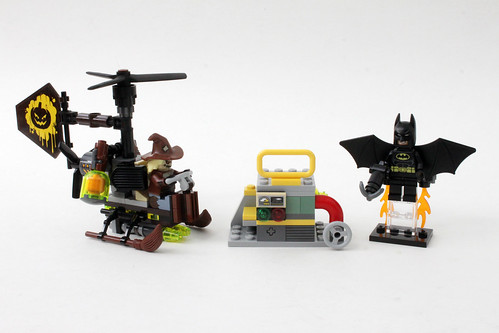