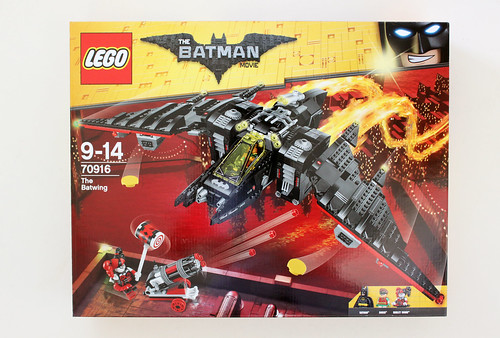 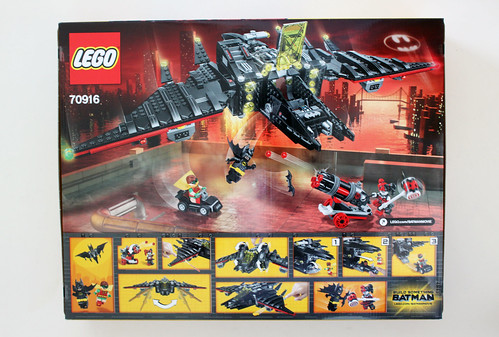 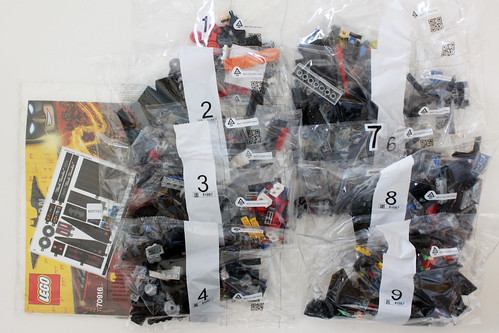 Batman makes an apearance in another The LEGO Batman Movie set and for this one, there’s nothing new to report on him. He’s the same minifigure, including the head, as in a couple of previous sets. 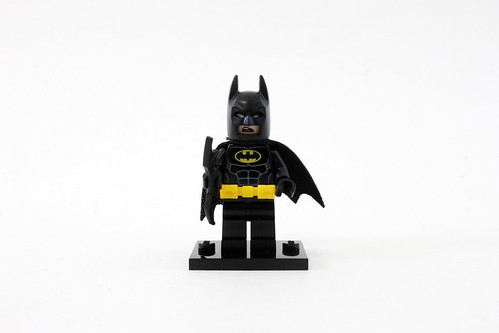 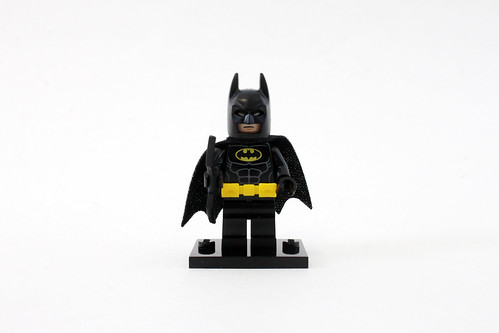 Robin is the same as Batman as he is not exclusive in any shape or form. 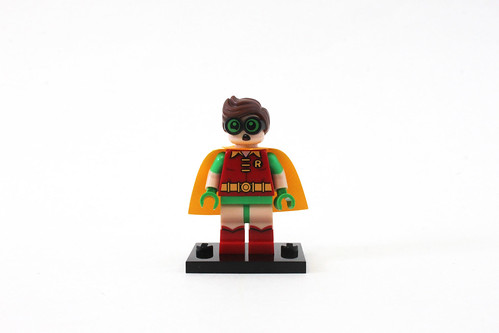 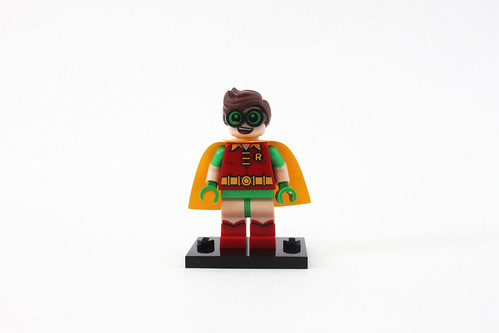 Harley Quinn, however, is exclusive to an extent. Her torso and legs are new with some nice printing of her corset. The tutu piece is not new but there is her red and black coloring. Her face printing and hair mold is not new as it has appeared in another TLBM set. Her accessory is a cool brick-built red, white, and black hammer. 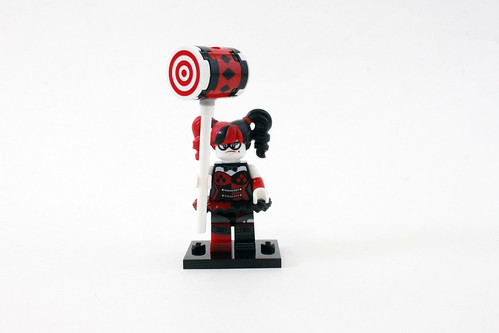 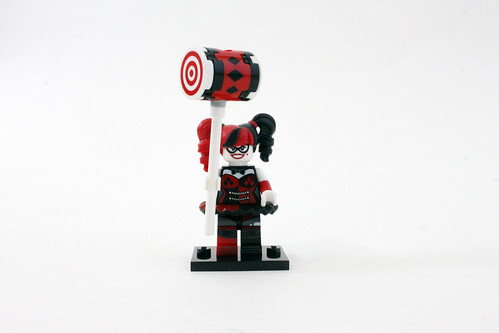 The first part of the build is Harley’s cannon which is a six-stud gatling gun color coordinated in her usual colors. The cannon is on a hinge in the back and it can lift fairly far back. 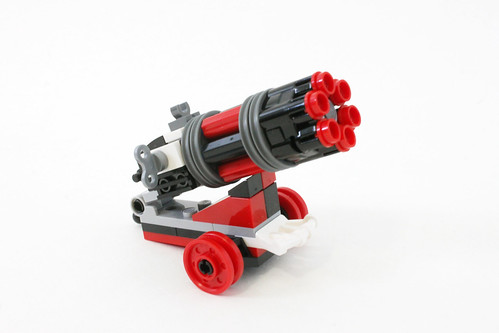 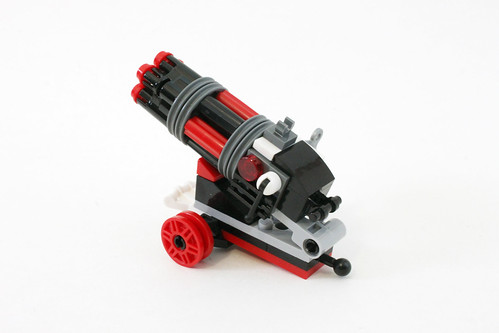 Another little build in this set is Robin’s car that goes inside the Batwing. There’s nothing too special about it but it does resemble a go-kart. 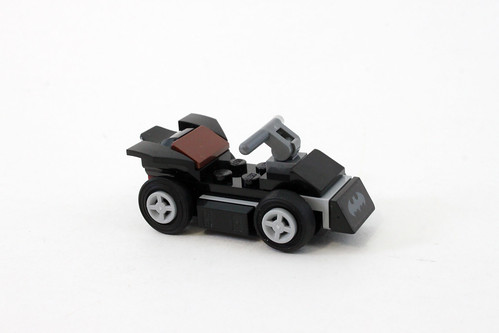 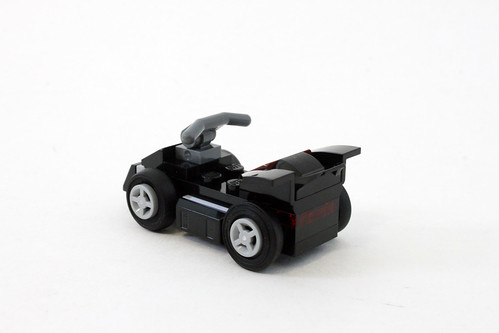 The rest of the parts are for the Batwing itself and I will say that it is actually pretty big, width-wise. According to LEGO, the wingspan measures about 20″ wide while lengthwise, it measures in at about 12″. 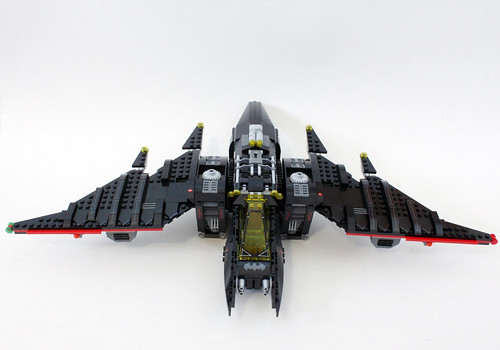 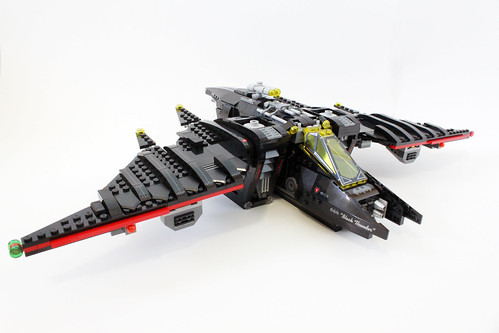 Starting in the front cockpit area, the thing that stands out for me here is the printed windshield piece. That’s right, it is printed which is fairly rare for LEGO to do. I was afraid to have to put stickers on windshield pieces because of ones I put on previous sets and messed up on it. There’s also some stickers on the “ears” which says “Black Thunder” which is the nickname for the Batwing. The cockpit is large enough to fit both Batman and Robin. 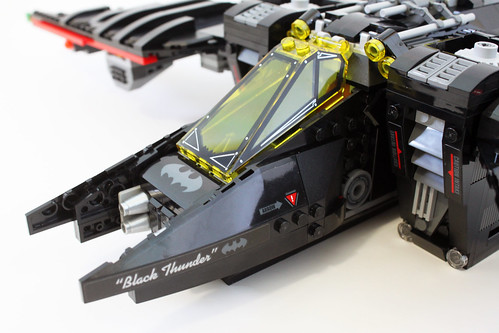 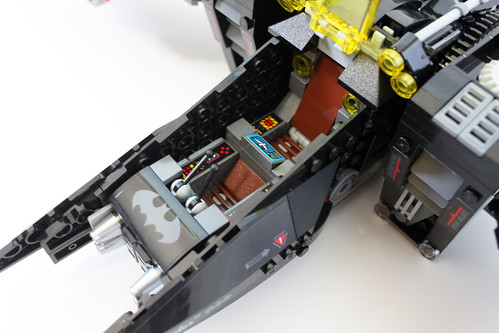 Right behind the cockpit are the two rotating boosters. They are connected together by the way of some gears in the middle section. They are able to rotate using the turret on the top or if ypu want to do it an easier way, just turn the boosters themselves. 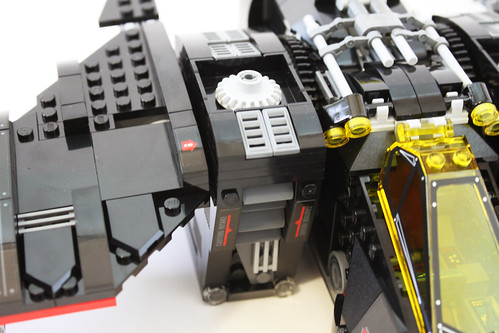 As for the design of the boosers, there are some nice detailing with all the vents and on the top. There are also some stickers such as the Caution Intake ones in the front and Exhaust ones on the back.

The wings are large assemblies which are able to fold down using some ratchet joints that are attached to the boosters. In addition, there are some play features here with each wing having some spring loaded missiles as well as some disc shooters. 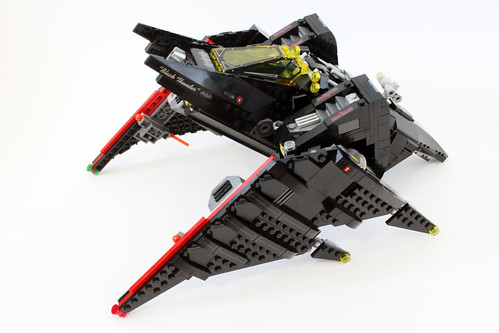 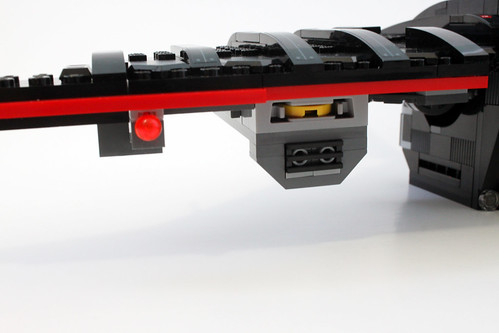 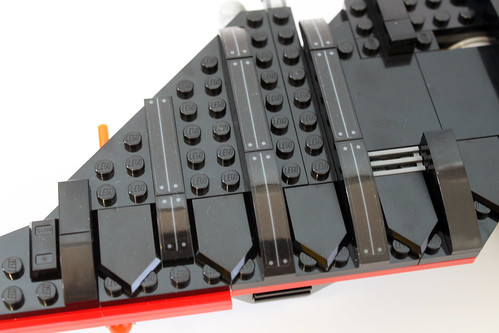 In the rear of the Batwing, there’s a compartment to hold Robin’s car. The door also acts as a ramp for when the car is deployed. 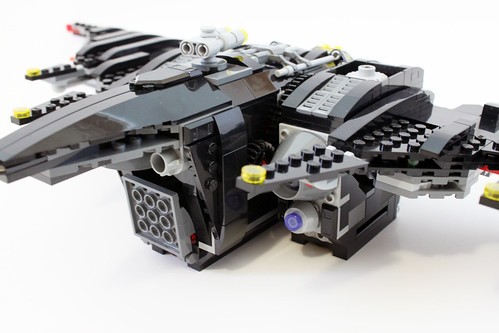 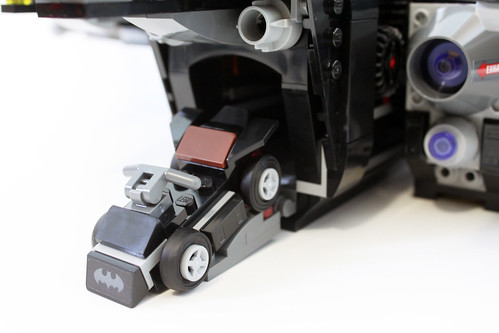 The LEGO Batman Movie The Batwing (70916) is a nicely built set with lots of play features. What I’m actually suprised to see about it is the size of it. When combined, the Ultimate Batmobile is only slightly longer than the Batwing. I do also like that when you look at it from the top, it looks like a bat. 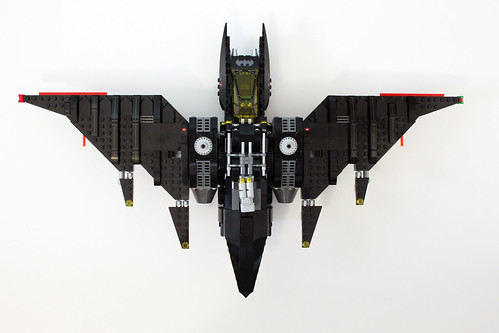 The spring loaded missiles and disc shooters are expected with TLBM sets but the main play feature that I like is the swooshability of it. You can easily hold the area below the cockpit and don’t have to worry that much about dropping it because that area is pretty big although there’s still that risk as with any LEGO set.

As for the minifigure selection, the main one here is Harley Quinn as this version of her is exclusive to this set. We also have Batman and Robin but they’ve been in other sets so there’s nothing too special about them.

If you’ve been collecting the initial wave of The LEGO Batman Movie sets and wondered why the Batwing wasn’t included in that wave, it’s because LEGO was holding them off for the summer wave. It’ll be available starting next week although some stores may have already started stocking them. 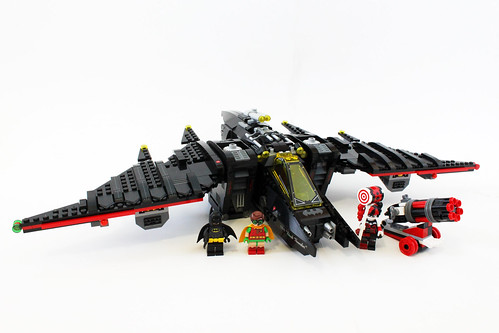