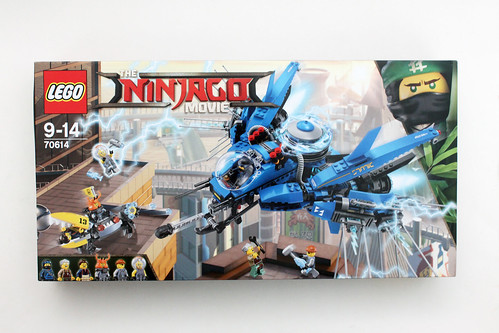 With only a few of The LEGO Ninjago Movie sets for me to review in the initial wave, the next one I’ll be taking a look at is the Lightning Jet (70614). Although it doesn’t look like it, the set contains 876 pieces and retails for $59.99. 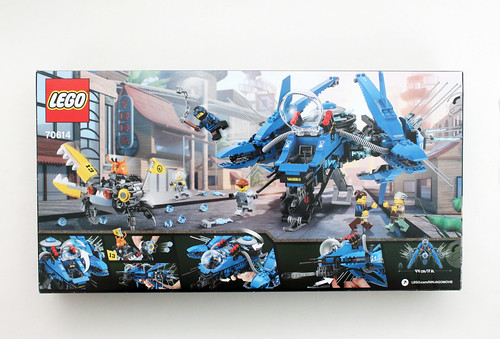 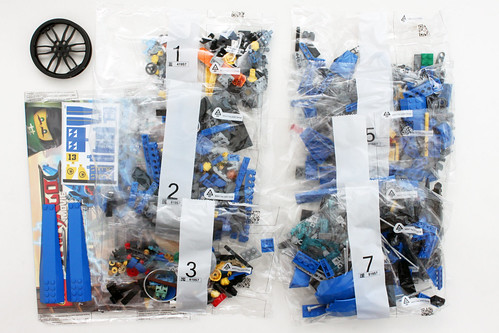 You can have the Lightning Jet without Jay piloting the ship. He is the same minifigure that we’ve seen before in previous sets with his blue outfit. It has some of the Ninjago letters on the front which spells out spark. He has a double-sided head with an angry look on one side and a nervous smile on the other. His accessory is a kusarigama. 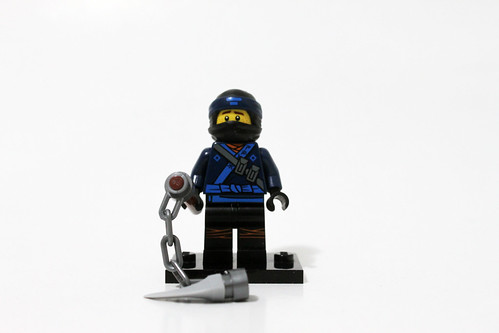 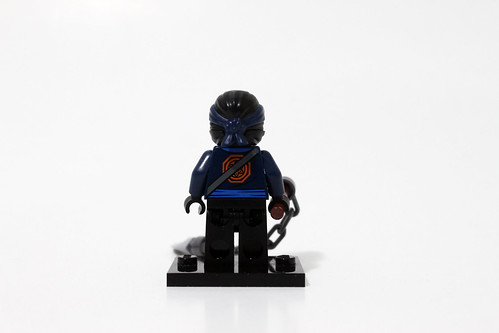 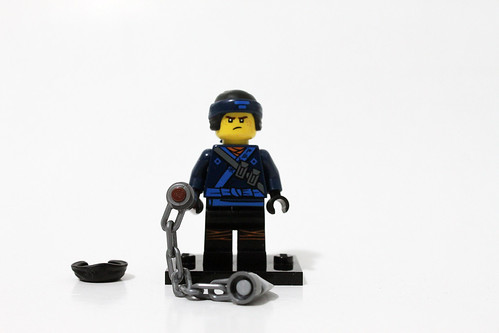 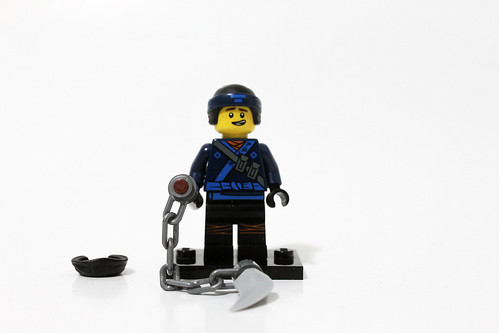 Ed is a Jay’s adoptive father and an inventor/repairman in Ninjago City. He has on a brown apron that is filled with tools like screwdrivers, a monkey wrench, and some pliers. He has a double-sided head with a smile on one side and a scared look on the other. His accessory is a wrench. 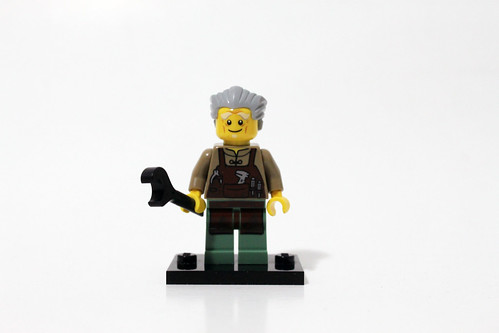 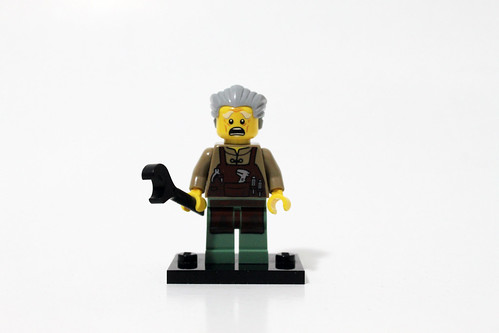 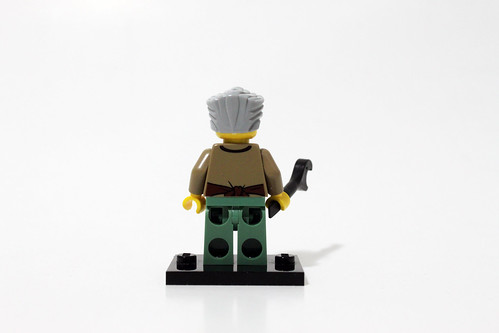 Edna is Jay’s adoptive mother in this set and she has some unique printing on her torso and legs. He has on a blue robe along with a protective apron that helps her collect seashells. She also has a smile and a scared look for her facial expressions. 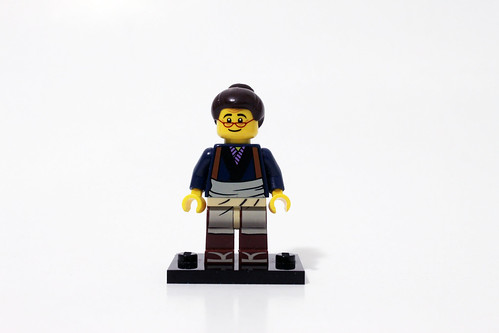 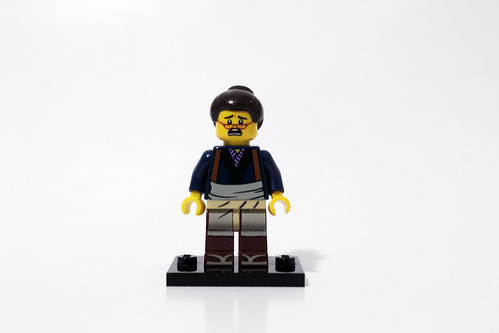 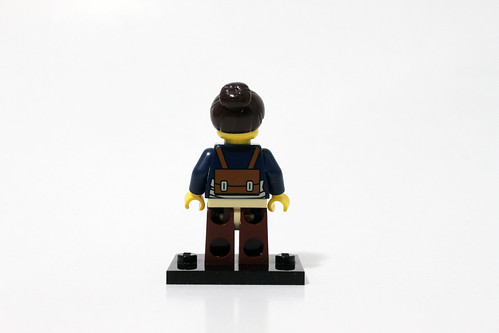 Crusty is a new character that I haven’t reviewed yet. He is part of Garmadon’s army and the thing that makes him unique is the crab helmet. It’s made of a softer gummy plastic that fits snugly on the head. The torso and legs are the same ones we’ve seen before in other characters. His accessory is a fish chainsaw. 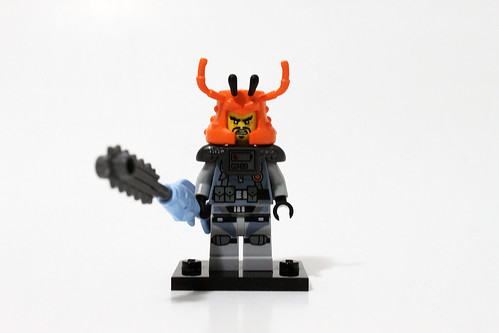 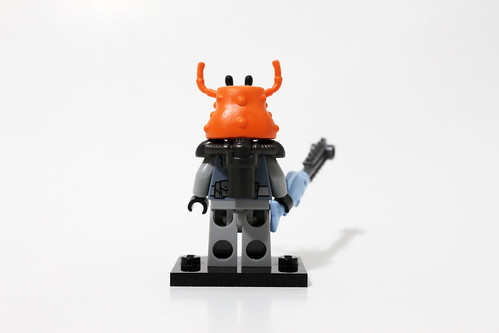 Jelly makes another appearance and he has a torso that has printing of tentacles going down it. The head shows him with some red mutton chops and it covered up with the jellyfish head. His accessories include a fish and a stud shooter. 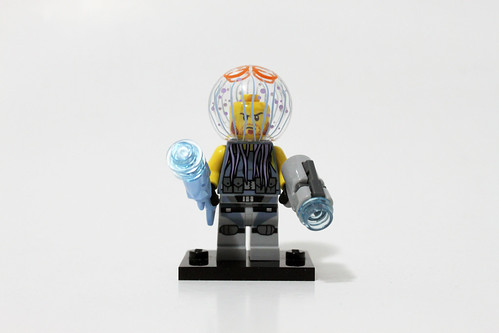 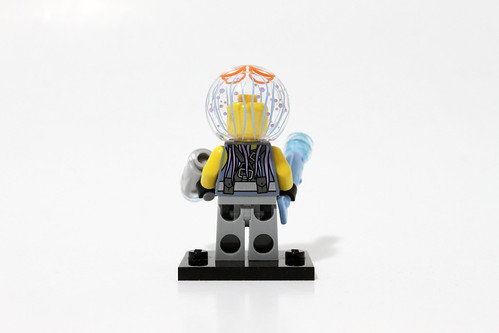 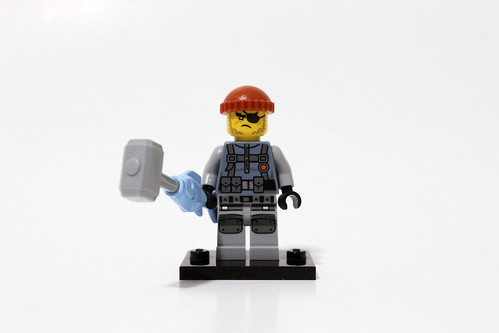 Lastly, we have the Shark Army Thug who is the least detailed of the three villains in this set. He has a fish hammer as an accessory. 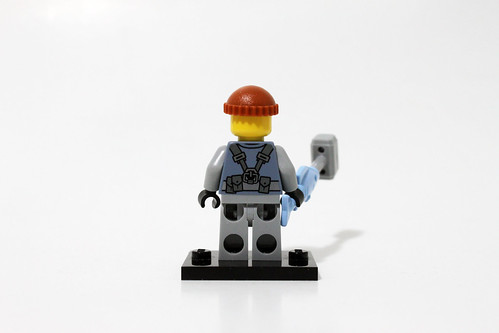 The first part of the build is actually the crab mech. The main thing you see here is the large yellow pincer on the right side. The pincer itself is on a ball joint as well as the the claw themselves. The other arm is a six-stud gatling gun. There’s a gear behind it to easily shoot it. The cockpit is simple with a printed 1×2 slope for the display. The back of the crab mech has a fuel tank and a stickered flag. Each of the legs are on a hinge. 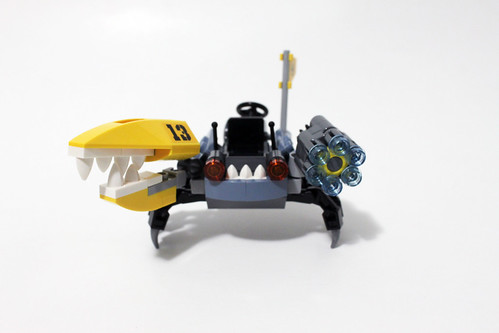 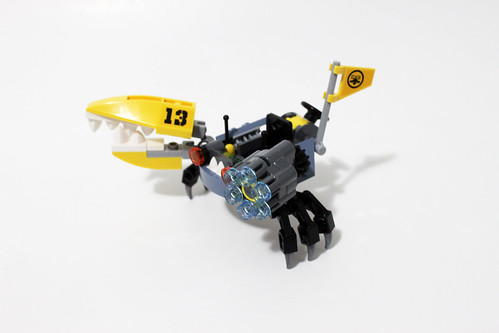 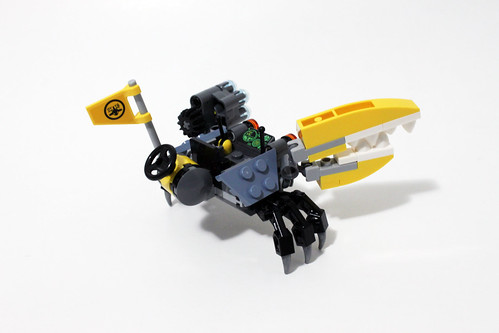 The other part of the build is the Lightning Jet itself. When you first look at the vehicle, it doesn’t look like your standard jet as it as a very unique style to it. The cockpit is fairly bland as it features one seat, a couple of antenna controls, and a printed 1×2 slope for the display. It has a bubble windshield but I would’ve preferred a sloped one to give it a sleeker look. Underneath the cockpit is a spring loaded missile. 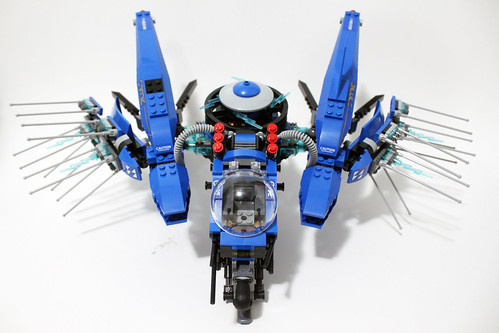 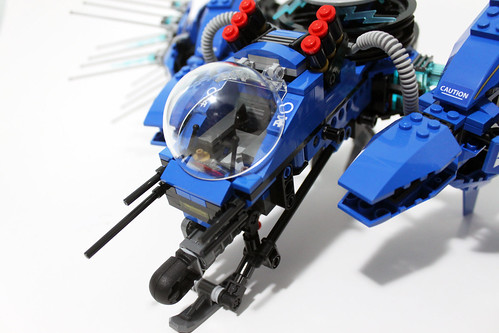 The wings are the things that stick out the most, figuratively and literally. There are a lot of spike things protuding from the sides of the wings. The front wing flaps are on hinges while the back ones are connected to the angled piece and are stationary. 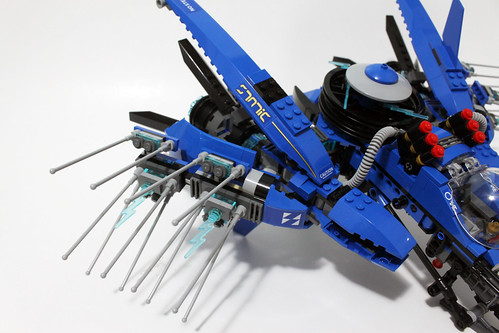 One of the main features of the Lightning Jet is the handle/trigger mechanism. This subtle feature was a welcome addition since it it gives the Lightning Jet a lot of swooshability for enhanced playability as well as being able to just hold it since it is big and awkward shaped. You can also pull on the trigger to make the electro-disc on the top to rotate. Functionally, that is about the much it does but it does look pretty cool. If you’re not holding it, the handle also acts as a stand along with the ski in the front. 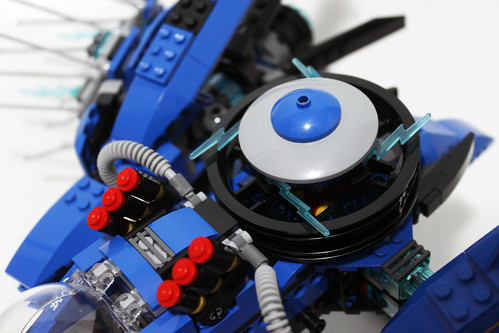 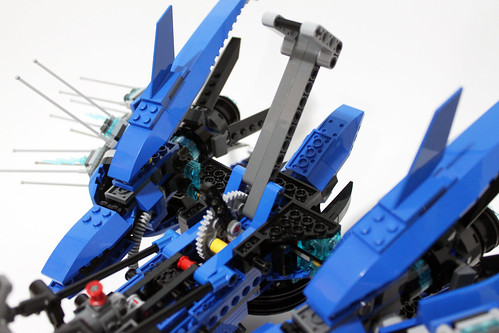 Coming in at only $60 with 876 pieces, The LEGO Ninjago Movie Lightning Jet (70614) is worth the price. The jet itself was a fun build and and there’s a lot of playability with it along with a cool design. The minifigure selection is great as well whether or not it included the previously seen characters like Jelly and the Shark Army Thug. 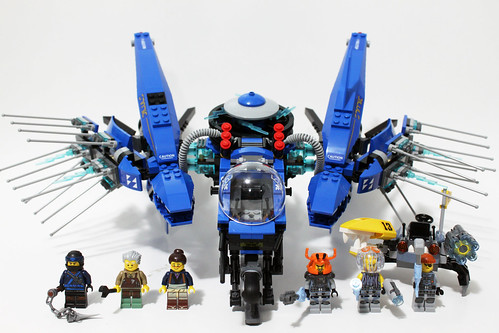