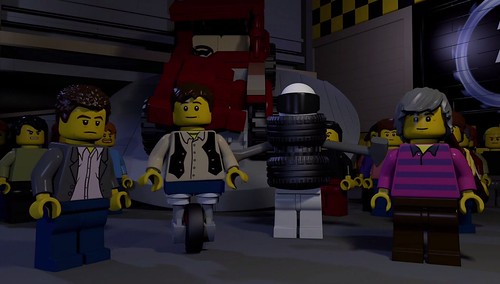 Remember that one time of a rumor of some LEGO Top Gear sets could be coming out this year and it turned out to be the new LEGO Speed Champions sets? Well there is a LEGO Top Gear collaboration but not what you think it is. Top Gear has released a preview trailer for their upcoming Series/Season 22 made out of LEGO including the hosts Jeremy Clarkson, Richard Hammond, James May, as well as the Stig. In the animated trailer, you can also see some of the vehicles from the new theme in the background. Check out the funny video below.