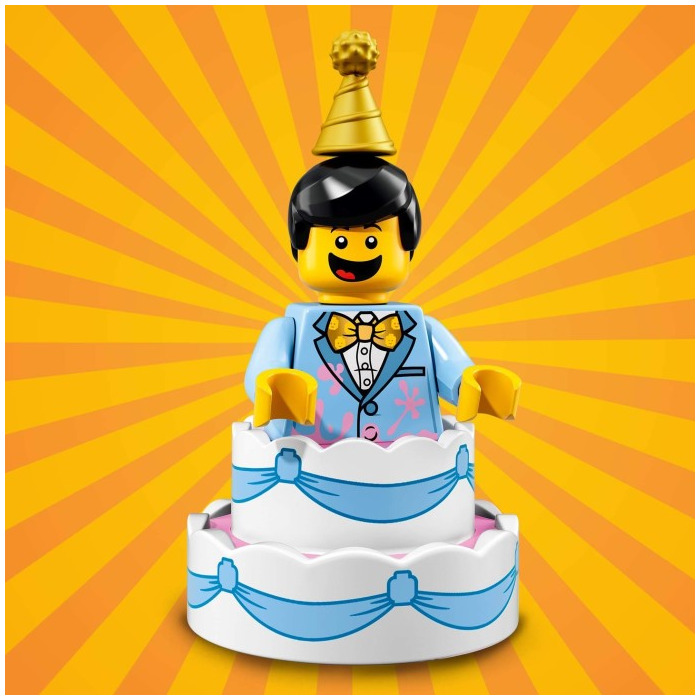 I was working on a future LEGO project and I suddenly realized that The Brick Fan turns eight years old today. It’s been a long road going from just another site on the internet to a Recognized LEGO Fan Media site. All of that wouldn’t happen if it wasn’t for you readers who frequent the site, whether be for one random post or if you’re a regular who visits every day.

I’ll still continue doing what I’ve been doing since I started this thing and that is to bring you LEGO news articles along with reviews and maybe throw in some editorials. Last year, we hit the most traffic we’ve had on the site so hopefully that trend continues this year.

Again, thank you everyone for visiting and for being a brick fan yourself.

It’s another year in the books and we are now finally able to take a look at the 2018 website traffic and changes on The Brick Fan. You may or may not have noticed, we made some major changes to the site during the summer and fall. We changed hosting companies which resulted in better stability and we also changed the website theme. It may not look that much different from the one we have when we first started the site back in 2012 but it is much smoother and has additional functionality.

As a result as far as numbers are concerned, we ended 2018 with 14,847,830 pages views and that is a whopping 63% increase in traffic from 2017. Everything across the board increased which you can see below. 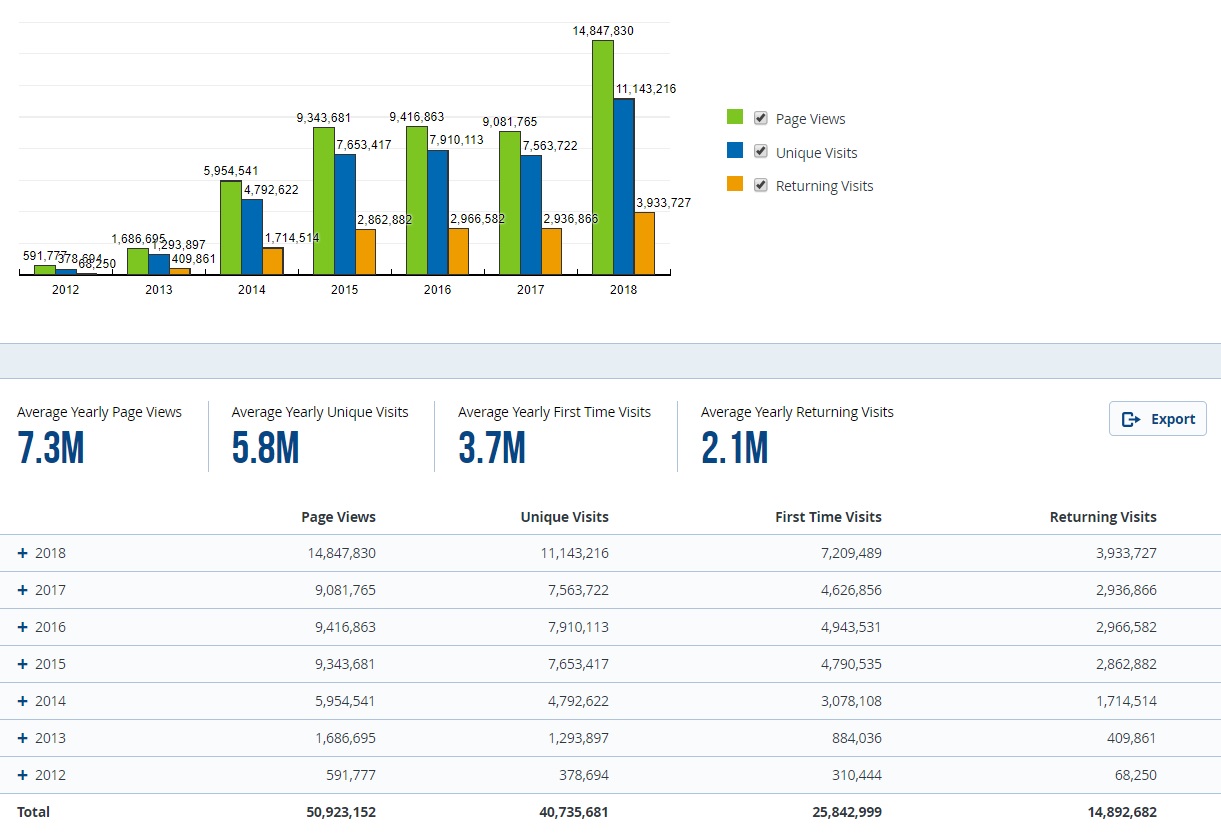 In June, we spiked in traffic probably due to some behind-the-scenes things I was working on and in September, we rolled out the new layout. Our highest traffic day was on November 22 with 82,568 views. That was the day that images of the January 2019 sets started coming out. 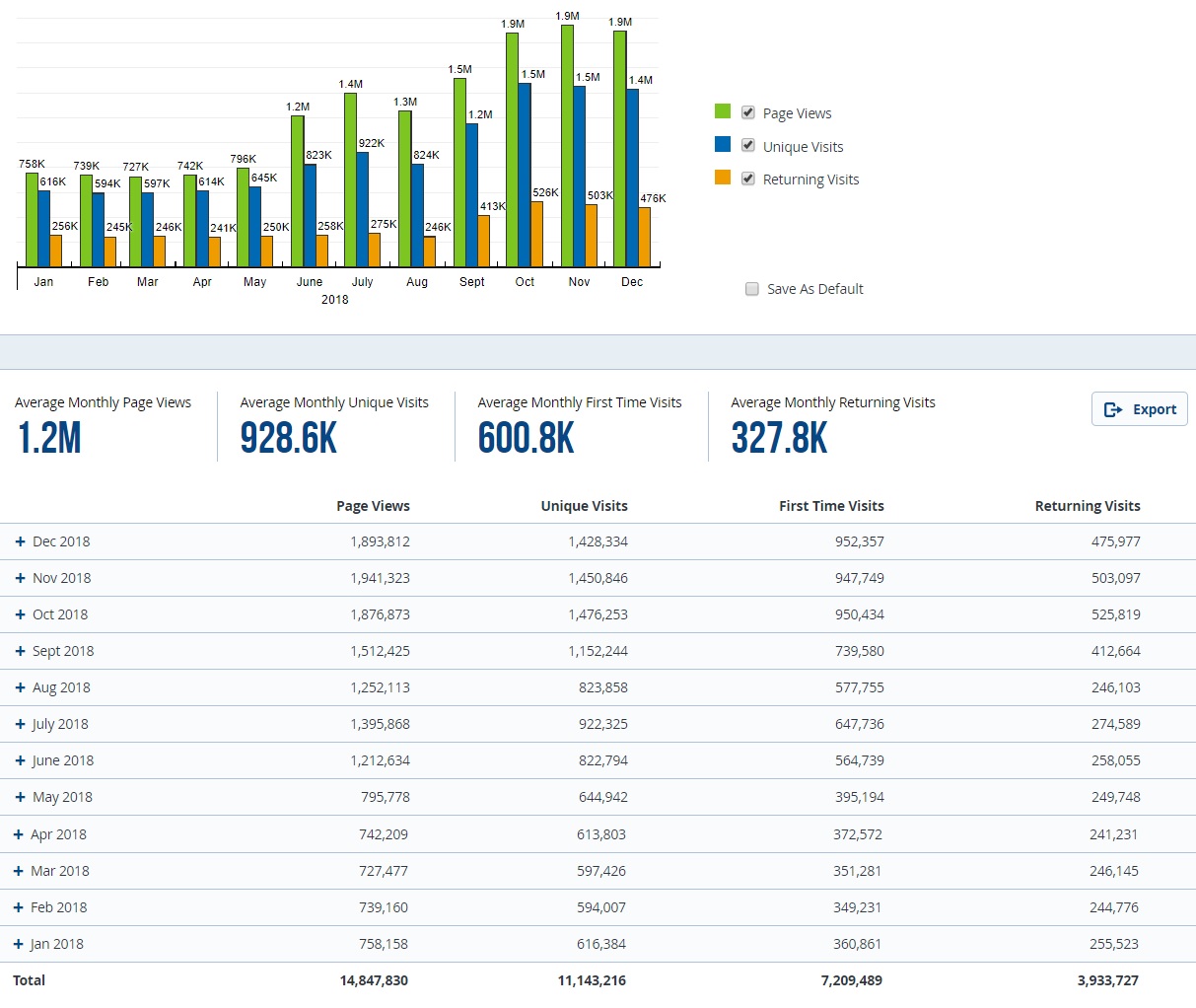 Finally, we finished with 886 posts for the year with 4,818 comments on those posts. Both counts are slightly down from 2017 but considering I was basically working three jobs at one period of time last year, that’s not too bad.… Continue

Quite a few of you readers have asked for this and if you follow my Twitter or Instagram, you may have seen a teaser for this a few days ago. After six years of running the site, I have officially launched my first piece of merchandise for The Brick Fan with a t-shirt over on Teespring. I’ve always felt reluctant to selling stuff for my site but I felt this was a good time as any to sell a t-shirt. I’ve priced it at $14.99 for the US and £12.99 for the EU and there are a number of different colors you are able to choose from. I’ve already ordered three shirts for myself before I launched this campaign to test out the shirts and they actually feel pretty good.

I’ve added a new “Merchandise” tab on the top of the menu to access the Teespring storefront so you can go there any time if you want to get a shirt or you can go there directly with this link. For now, I just have the shirt available but if you want any additional items, leave it in the comments below and I may decide to add them later on in the future.

As always, I do appreciate everyone who reads this site and I’ve had a great time putting out posts for you on a daily basis (most of the time). You do not have to purchase a shirt if you don’t want to but any purchases go back towards the site … Continue

If you’ve been on the site recently, you may have noticed some slight but needed changes to the website. First of all, I’ve applied a new theme to the very outdated one I’ve been using since the site first started back in 2012. As a result, the website loads much more faster on the desktop but you still get a similar layout that I’ve had before. Also it is also updated for mobile users as it is also a responsive theme so now you can easily read it without having to zoom in on the articles.

Another change that I’ve made is the social media buttons which are now on on the top right hand corner. I’ve also added our subreddit on the list so you can join that and start some discussions if you like.

I’ve been wanting to make these changes for a while now but I haven’t had much time to do it plus I really don’t like changes but hopefully it’ll give a better user experience for the readers. If there are any bugs you encounter, let us know in the comments below. I’ll be keeping a watch on the site to see if I can find any issues but it should be fine for the most part.

Facebook recently has been making changes that don’t necessarily help page owners and with the recent news of the data privacy scandal, it’s time to make some changes around here. A few days ago, I start my own subreddit where I can post there without it not being seen by users as Facebook sometimes does. Some of you may have already subscribed to it when I posted on social media that I created the subreddit.

The subreddit also allows users to easily post their own content where without having to go look around FB on how to post on a particular page and it’s chronological, a very good feature.

Anyways, feel free to join the subreddit and connect on there as well. It looks pretty plain but I’ll change out the layout when I have time. Again, thank you everyone for your continued support as we keep evolving.

2017 is now over and that means we can now take a look at the website traffic here on The Brick Fan as well as other miscellaneous stats. We ended the year at 9,081,785 page views which is a 3% drop from 2016 while unique visits went down 4%. 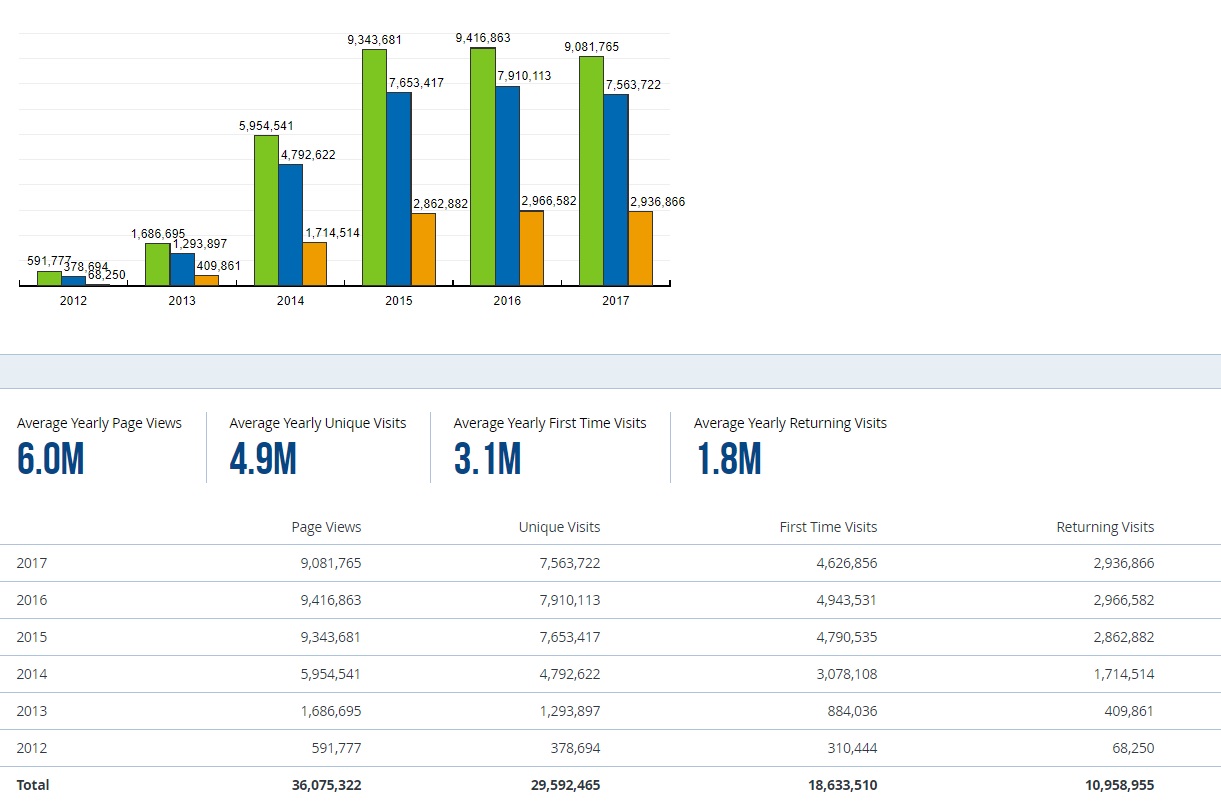 As for the numbers per month, we averaged about 756,000 page views per month with January being the busiest month due to the Toy Fair news. This year’s Toy Fairs will be at the end of the month so I expect traffic will spike in February instead of January. Our highest recorded day was February 18 as we hit just under 60,000 page views for the New York Toy Fair coverage. 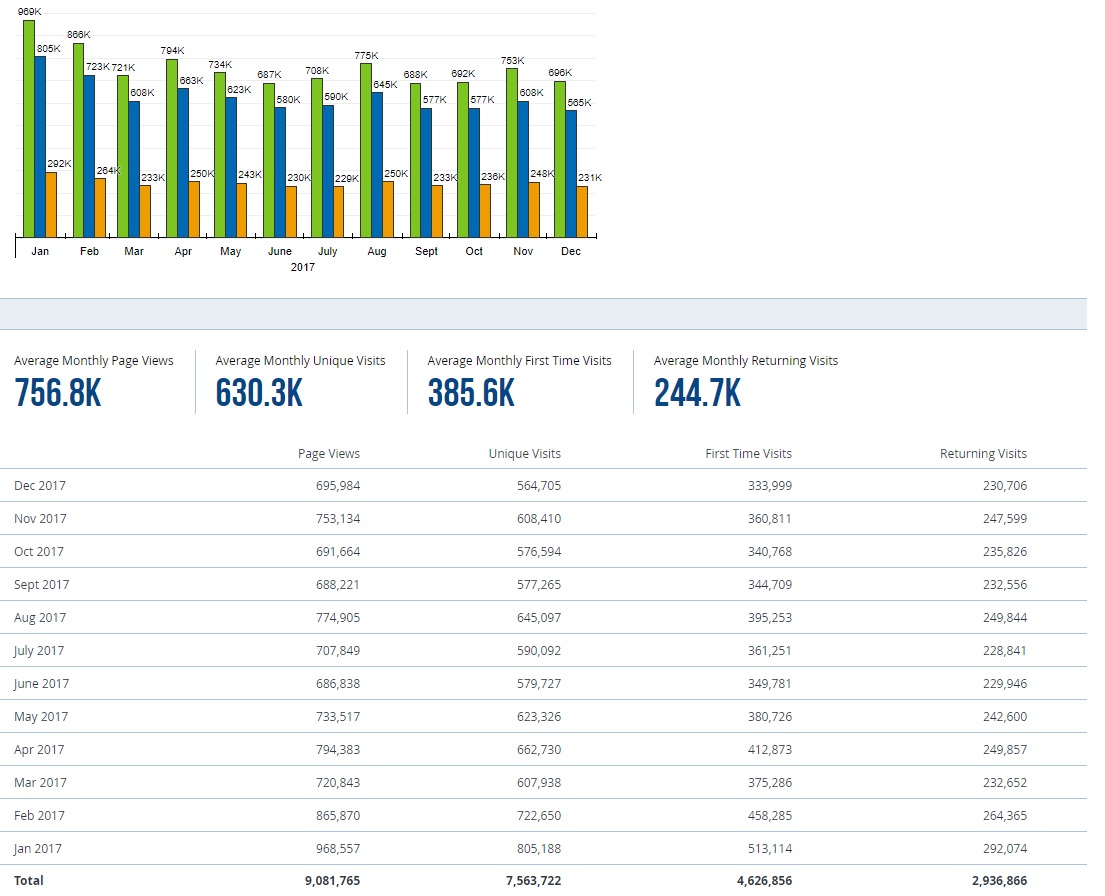 For our social media pages, we didn’t really grow that much in terms of followers for some of the traditional sites like Facebook and Twitter. I’m actually not sure why it didn’t grow as much as I expected since I am pretty active on them. For Facebook, we ended the year at 12,936 likes (14% increase from 2016) while on Twitter, we had 7,343 followers (8% increase).

As for Instagram, we actually ended right at 10,000 … Continue

September came and went just like that and there was plenty of LEGO news that happened for the month. Here are some of the more notable posts that you may have missed.

Rest of LEGO Toys R Us Bricktober 2017 Sets Revealed – There are four LEGO Bricktober 2017 sets that will be available at Toys R Us. Hopefully we get more details of how to obtain these sets here in the US tomorrow. 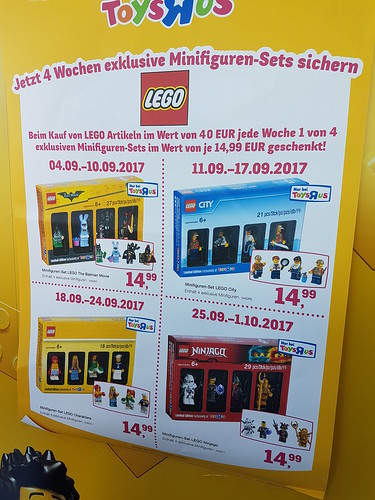 The LEGO Group Releases 2017 Half Year Results, Profits Down – LEGO released their financial results for the first have of 2017 and revenue was down 5% compared to the same time last year. This also results in the company laying off about 1,400 employees. 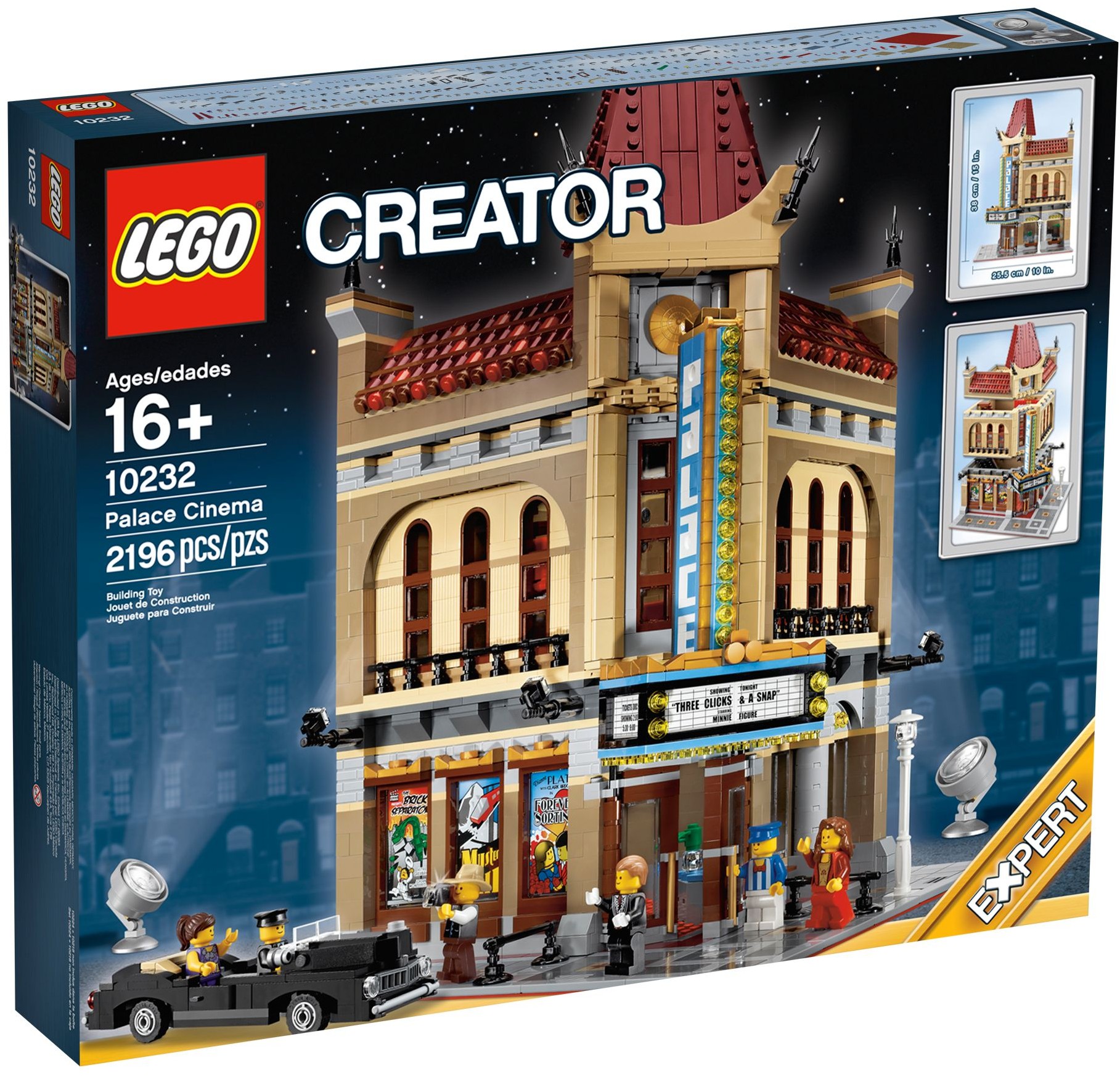