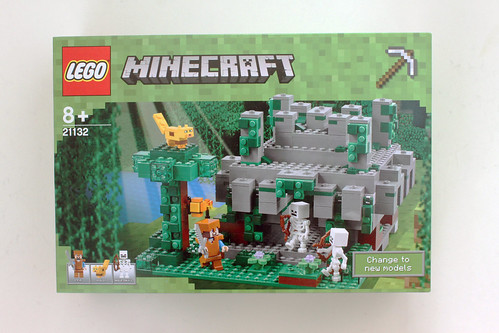 The last LEGO Minecraft set I’ll be reviewing for this wave of sets is The Jungle Temple (21132). The set has 598 pieces and retails for $49.99. The contents of the box include four numbered bags, two 16×16 dark gray baseplates, an 8×16 green baseplate, and two instruction booklets. 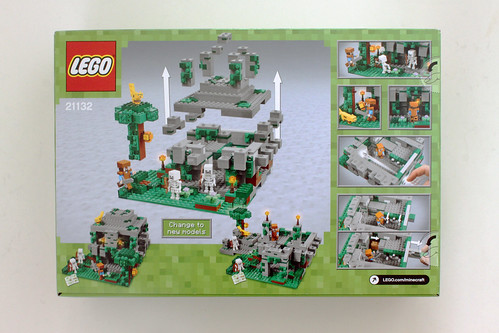 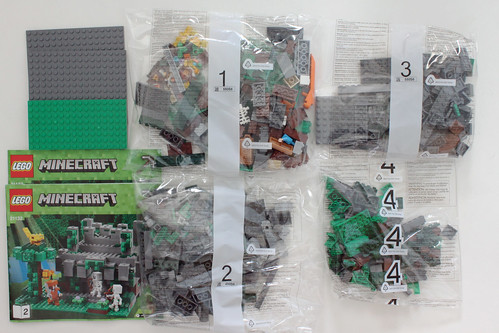 There are three minifigures in The Jungle Temple. The first is Steve. He has on the usual blue torso while wearing leather armor. To represent the armor, he has a brown helmet that goes on top of the head, an armor piece going over the torso, and brown legs. 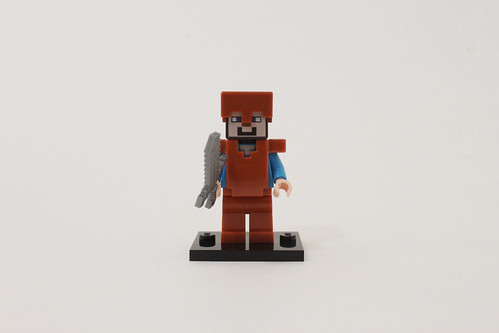 The other two minifigures in the set are the skeletons equipped with bows and arrows. 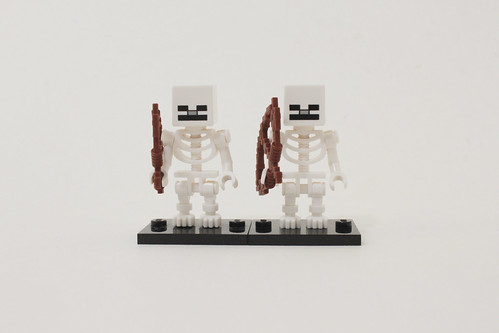 The first part of the build starts with your building some of the accessories that goes with the set including a treasure chest, flowers, torches, and a cocoa bean. There’s even a yellow ocelot included with this set. 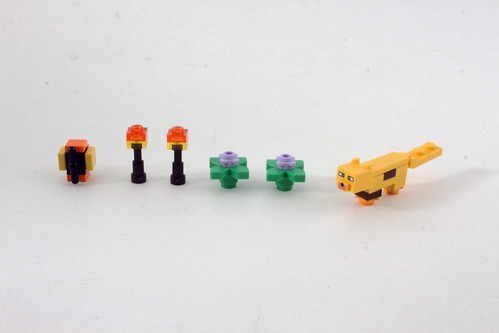 The rest of the bag is used to create the general layout of the set as well as some of the temple. There’s nothing much going here except for stacking bricks. There are a variety of colors used to give it a jungle feel like dark green, earth green, brown, and dark gray. 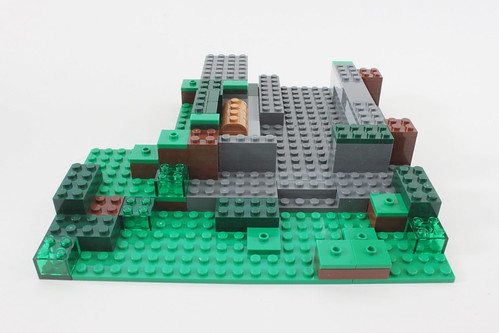 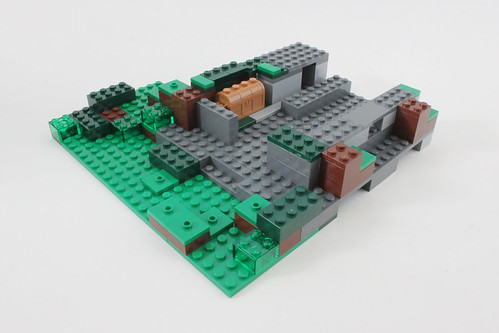 The second bag is mainly used to build more to the temple. There are a couple of play features that are inside the temple. The first one is the three lever combination lock to unlock the treasure chest that is hidden behind a wall. The lock is created by using various Technic elements. The other play feature here is the flick-fire missile on the back wall. The rest of the parts in the bag are for the surrounding walls of the Jungle Temple. 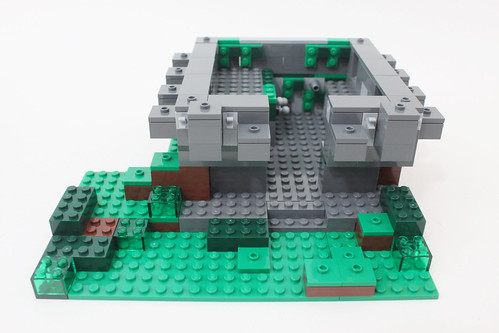 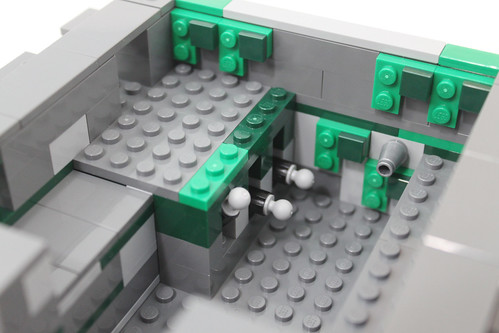 The next bag is for the roof for the temple. It uses the other 16×16 gray baseplate as the base for it with some some pillars on the corners and the middle. This whole section fits snugly on the jumper plates on the temple. 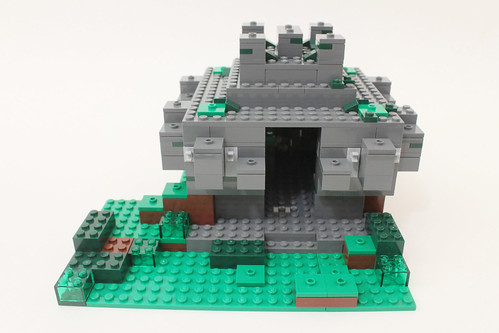 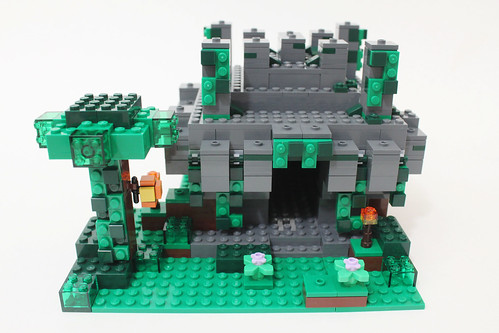 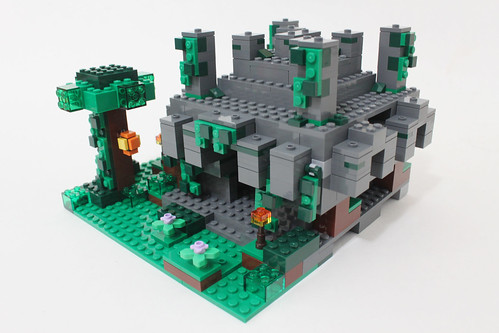 As always, LEGO gives you instructions for alternate builds for The Jungle Temple which allows you to change up the layout to your preferences.

Overall, I have mixed feelings about the LEGO Minecraft The Jungle Temple (21132). The exterior of the building seems fairly bland and you have to take off the top to get to the play features inside. The combination lock feature inside the temple, however, I do like. It’s a simple building mechanic but an effective one. 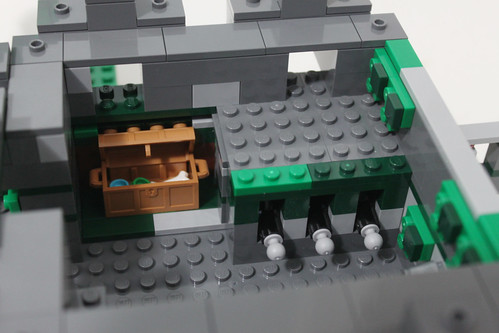 Another thing that I didn’t like much about the build was the front grassy area. It is held on by only a few bricks so it can easily fall off when you don’t hold it while also holding the main section. There are times, especially in the last two bags, that gets very repetitive as you will be building multiples of some things. 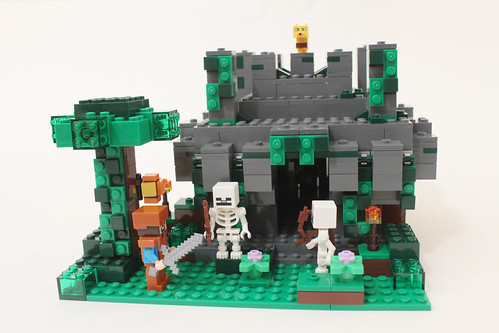 Check out my reviews of some other 2017 LEGO Minecraft sets: